The Common Core: …a Disaster for American Education by Stephen Krashen 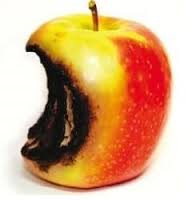 There never has been a need for the common core and there is no evidence that it will do students any good. The common core ignores the real problem in American education: Poverty. The common core will continue the process of turning schools into test-prep centers, and bleed billions from places the money is badly needed, where it can help protect children from the effects of poverty.


The only real goal of the common core is to do the opposite, to profit a small group of the elite, the .01% at taxpayer expense, a classic case of "take from the needy, give to the greedy."

There has never been a need for the common core, and there is no evidence it will do students any good.

The major argument for the common core is the assertion that our schools are terrible and that something needs to be done about the situation. The only evidence cited in support of this argument is the claim that our international test scores are very low. We must therefore force students and teachers into doing better. This "improvement" will be done by establishing tough standards that control what is taught and by testing students on the standards, thereby making sure that the standards are taught.

Our overall scores are unspectacular because of our high rate (more than 23%) of child poverty, the second highest among all industrialized countries (UNICEF, 2012). In comparison, Finland, a country that consistently has high scores, has about 5% child poverty.

The products of our educational system do very well: The U.S. economy is ranked as the fifth most innovative in the world out of 142, according to the 2013 Global Innovation Index, which is based in part on the availability of education, new patents and the publication of scientific and technical journal articles (Cornell University, INSEAD, and WIPO, 2013).

Every indication points to a continuation of this record of success. Our educational system is doing much better than it needs to in the area of science and technology. In the US two to three qualified graduates are available for each science/tech opening (Salzman, 2012; Salzman and Lowell, 2007, 2008; see also Teitelbaum, 2007) and according to the Atlantic (Weismann, 2013), the US is producing more Ph.D.s in science than the market can absorb.

Finally, there is no evidence that having national standards and increasing testing have improved student learning in the past (Nichols, Glass and Berliner, 2006; Tienken, 2011).

As noted above, when we control for poverty, American students rank near the top of the world on international tests. This finding confirms that poverty is the major factor in determining school achievement, a finding that is consistent with the results of many studies showing the powerful negative impact of poverty on many aspects of learning, including, of course, reading comprehension and other aspects of literacy development (e.g. Biddle, 2001; Duncan and Brooks-Gunn, 2001). Studies have documented how poverty impacts school performance: Food insecurity, lack of health care, and lack of access to books, among other aspects of poverty, all have devastating effects on student's ability to learn.

High-poverty families are more likely to lack medical insurance or have high co-payments, circumstances that result in less medical care, and more childhood illness and absenteeism, which of course negatively impacts school achievement. David Berliner cites studies showing that "children in poor families in most states are six times more likely to be in less than optimal health, experiencing a wide variety of illnesses and injuries, as compared with children in higher income families" (2009, p. 16). School is not helping: Poor schools are more likely to have no school nurse or have a high ratio of students to nurses (Berliner, 2009).

There is very clear evidence that children from high-poverty families have very little access to books at home, at school, and in their communities (Newman and Celano, 2001; Duke, 2001; additional studies reviewed in Krashen, 2004). Studies also show when children have access to interesting and comprehensible reading material, they read (Krashen, 2001; 2004). And finally, when children read, they improve in all aspects of literacy, including vocabulary, grammar, spelling, reading and writing ability (McQuillan, 1998; Krashen, 2004). In fact, the evidence is strong that reading for pleasure, self-selected reading, is the major cause of advanced literacy development. Making sure that all children have access to books makes literacy development possible. Without it, literacy development is impossible.

Libraries are often the only source of books and other reading material for children of poverty and they are a potent source: A number of studies confirm that providing access to books via libraries has a positive impact on reading development: The better the library (more books, presence of a credentialed librarian, better staffing), the higher the reading scores (e.g. Lance and Helgren, 2010) Krashen, 2011). Multivariate studies show that the positive impact of school libraries can be as strong as the negative impact of poverty on reading achievement (Achterman, 2008; Krashen, Lee and McQuillan, 2012): in other words, a good library can offset the effect of poverty on literacy development.

Protect children from the effect of poverty

The implications are straight-forward: until poverty is eliminated, until we have full employment at a living wage, we need to protect children from the effects of poverty. This reality means they need adequate food programs, improved health care, including providing more school nurses in high poverty schools, and, of course, more investment in libraries and librarians. As readers of this journal know, however, library funding is not being increased: It is being cut (Kelley, 2010)…