The Unfunded Pension Liability of Illinois 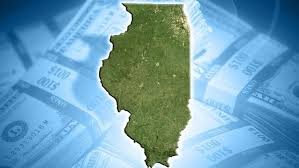 SPRINGFIELD -- The state saw its unfunded pension liability decrease in fiscal year 2021 for the first time in four years, due in large part to investment returns that exceeded 20%, according to a new report from the Commission on Government Forecasting and Accountability.

It's the best funding ratio since 2008 and only the third decrease to unfunded liabilities in the last 15 years, the last occurring in FY 2017 at 0.5%, the other in FY 2011 at 2.9%. Otherwise, unfunded liabilities have risen annually from $42.2 billion in 2007. But the report also noted that not much has changed to alleviate the underlying financial pressures that have caused unfunded liabilities to triple since the financial crisis of 2007-2008, meaning the good financial news was more anomaly than trend.

The returns of 22.9% to 25.2% for FY 2021, which ended June 30, far exceeded the anticipated 6.5% to 7% returns, according to the report. Aside from the good investment news, the report was substantially similar to countless other pension reports in recent years, particularly because it once again called on the state to revamp the much-maligned 1994 "Edgar Ramp" plan for paying down pension debt.

That's the name commonly used to refer to Public Act 88-0593, or the state's 50-year plan to bring its five pension funds to 90% funded by 2045. The actual target for that ramp should be a 100%-funded pension system within the next 25 years or preferably sooner, according to a letter attached to the commission's report from its actuary, Segal Consulting.

The letter also faulted the Edgar Ramp for "backloading" pension payments, providing for smaller contributions in the early years leading to the current reality which sees 20% of the state's discretionary spending going to pension payments each year. It also highlighted other times the pension system was shortchanged, including during the tenure of former Gov. Rod Blagojevich.

Only after the target is increased to 100%, the report noted, would the state begin to see sustained reductions to its unfunded pension liabilities. "(T)he funding plan under (Public Act) 88-0593 produces employer (State) contributions that are actuarially insufficient, meaning if all other actuarial assumptions are met, unfunded liabilities will still increase due to the State contributing an amount that is not sufficient to stop the growth in the unfunded liability," according to the report.

But increasing pension payments is easier said than done, Alexis Sturm, director of the Governor's Office of Management and Budget, said in a letter accompanying the report. She was unavailable for a phone call Thursday, but her letter to commission co-chairs said consideration of changes to the current 90% target "needs to be reviewed carefully within the context of the impact on the state's budget."

The $8.6 billion pension payment in FY 2021 was 20% of the state's $42.9 billion General Revenue Fund budget, and pensions are routinely the state's largest general fund expense outside of K-12 education. In fiscal year 2022, the commission estimated the pension payment at $9.4 billion, or more than 21% of the operating budget. FY 2023's Edgar Ramp-mandated payment is estimated at more than $9.6 billion, or nearly $10.8 billion including other state funds.

But, according to the report, if the state wants to contribute at a rate approved by actuaries, it will need to contribute nearly $14.9 billion in FY 2023, which begins July 1, or 38% higher than what is provided for via the Edgar Ramp. "An increase to the goal would result in higher payments, but eventually lead to a reduction in the unfunded liabilities in the systems," Sturm wrote. "Given the current fiscal pressures facing the state, this too is inadvisable to consider until Illinois can eliminate the unpaid bill backlog, borrowings undertaken to pay off the debts remaining from the budget impasse and the COVID-driven recession and address the underlying structural deficit."

The backlog currently sits at about $4.8 billion, according to the website maintained by state Comptroller Susana Mendoza, who said in a public appearance this week that the oldest unpaid voucher was 21 days old. Still, the 90% goal, Sturm said, is "reasonable and achievable," given the circumstances. Gov. J.B. Pritzker's administration has fully funded the pension system at Edgar Ramp levels in each of his first three years, although he briefly considered lowering the payment in his first year before quickly dropping the plan.

Leaders at the state's "big three" pension funds -- the State Universities Retirement System, State Employees' Retirement System and Teachers' Retirement System -- all also endorsed the 100% funding target and shorter ramps to full funding. "Earlier funding, in addition to a targeted funding ratio of 100%, would make the retirement systems more secure and would substantially reduce financing costs due to interest accruing on the unfunded liability, the primary driver of the state contribution requirements," the leaders of the pension systems wrote. The report also noted that a pension buyout program initiated in 2018 and extended for three years by the General Assembly under Pritzker created a $213 million reduction in unfunded liability for FY 2021.

Commentary:
Most Illinois legislators and their benefactors do not care whether teachers and other public employees have contributed responsibly to their pension funds or that teachers will receive [little to] no Social Security when they retire. It is troublesome that they do not care whether retired teachers’ and other public employees defined-benefit pension plans are a fundamental source of economic stimulus to communities in Illinois and the only retirement income for hundreds of thousands of people.

Most Illinois legislators and their benefactors do not care that the State of Illinois has not consistently paid its full constitutional and obligatory contributions to the public pension systems throughout the decades, that this money was diverted to other operating expenses and special interests’ groups, that the State of Illinois saved billions of dollars by not paying what actuaries have calculated the Teachers’ Retirement System should have received throughout the years, that this theft also enabled the State of Illinois to provide services for its citizenry without raising taxes during that time, and that this money was deferred-earned income for teachers in Illinois. The aforementioned is not a myth but a reality machinated by past legislative bodies and governors.

It is obvious Illinois legislators do not possess the resolve to take on an inadequate fiscal system that fails to generate enough revenue growth to properly maintain state services and pay state expenditures for health and social services, education, government, transportation, capital outlays, public protection and justice.

Approximately one-fifth of the total pension payment each year is for “normal costs” to the system; the other four-fifths of the payment is the interest owed on the debt the state incurred for not fully funding the pension systems.

“The state’s annual contribution to the retirement systems for debt service can be thought of as having two components: one part goes to pay down principal and the other is for interest on the principal. This is similar to paying down a credit card bill or home/car loan.

“The significant debt owed to the pension systems is the core cause of the systems’ cumulative unfunded liability—a situation that did not arise overnight. In fact, Illinois lawmakers essentially borrowed against the pension systems for several decades by not funding what was owed, and instead diverted the revenue that should have gone towards pensions to fund the delivery of current services—like Healthcare, Education, and Public Safety.”

Be that as it may, state legislators should transform the state’s failing revenue system and unfunded pension liability. They should find ways to generate more revenue instead of incessantly attacking public employees’ and retirees’ pensions. They should restructure the unfunded pension liability. The so-called Pension Ramp is flawed! Most importantly, they should defend the Illinois and U.S. Constitutions above all else.