Omicron is here: What are your treatment options if you get Covid-19? by Kelsey Piper (Vox) 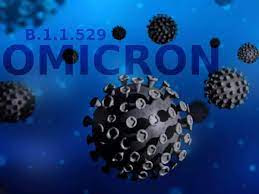 There’s still a lot we don’t know about the coming omicron wave, but there’s one thing we can be pretty sure about: A lot of people are going to get sick. Omicron is highly contagious, and people with previous immunity from a Covid-19 infection, or from vaccination, appear more vulnerable to omicron than to previous variants.

For vaccinated people, omicron cases are likely to be mild, but even a small fraction of cases resulting in hospitalization can overwhelm our hospitals if enough people get sick at once — which looks likely to happen. That means that as the wave sweeps the country, people will have an obvious if critical question: What treatments are available to me if I get sick with Covid-19?

The good news is that scientists have more answers to that question than they did two years ago when Covid-19 first hit. Most of the treatments that researchers have tested in large clinical trials haven’t panned out, but a few look promising, including some that are cheap and safe. If you get sick, it’s worth fully exploring your options. We asked experts how the best existing treatments are expected to stand up to omicron in particular, and what to look into if you get sick.

Promising treatments to talk to your doctor about

The official Centers for Disease Control and Prevention guidance on what to do if you get sick with Covid-19 advises you to wear a mask, wash your hands, and clean high-touch surfaces to avoid infecting those around you. If your breathing deteriorates or you show signs of severe illness like confusion or an inability to stay awake, the CDC advises you to go to the hospital. All sound guidance — but advice on what treatments to get is harder to come by.

That’s not because there’s a lack of options. For instance, the Food and Drug Administration has approved monoclonal antibodies as a treatment for Covid-19 patients at risk of progressing to severe disease. They recently expanded this approval to include monoclonal antibodies for children as well. The catch is this treatment has to be administered in a clinic or hospital, as an IV infusion or as four shots — but it can be highly effective, with one high-quality study finding an 85 percent reduction in the risk of hospitalization or death.

Unfortunately, it seems likely at this point that most monoclonal antibodies are somewhat less effective against omicron, for the same reason that our native antibodies are somewhat less effective against omicron — the new variant is different than the virus they were trained to fight. Research currently published only in preprints suggests that based on lab studies of antibody neutralization, 18 of the 19 different specific antibody formulations examined are less effective in fighting off omicron. There’s one notable exception: sotrovimab, a monoclonal antibody from GlaxoSmithKline and Vir Biotechnology, seems to hold up well against omicron.

The news is better for some other treatments, largely because they work by addressing symptoms of the virus that should be unaffected by which variant a person catches, according to researchers. “I don’t have any concerns” that omicron will change how well these treatments work, says Ed Mills, a professor of health sciences at McMaster University and a lead researcher on TOGETHER, a project for randomized controlled trials to find effective existing treatments for Covid-19.

One medication the TOGETHER trial found strong results for, fluvoxamine, is generally used as an antidepressant and to treat obsessive-compulsive disorder. But it appears to reduce the risk of needing hospitalization or medical observation for Covid-19 by about 30 percent, and by considerably more among those patients who stick with the 10-day course of medication.

Unlike monoclonal antibodies, fluvoxamine can be taken as a pill at home — which has been an important priority for scientists researching treatments, because it means that patients can take their medication without needing to leave the home and without straining a hospital system that is expected to be overwhelmed.

“We would not expect it to be affected by which variants” a person is sick with, Angela Reiersen, a psychiatrist at Washington University in St. Louis whose research turned up fluvoxamine as a promising anti-Covid candidate, told me.

Another treatment, budesonide asthma inhalers, was found in one randomized trial to speed at-home recovery considerably and in another to reduce risk of hospitalization. There has been no formal guidance in the US on when to consider budesonide. In the UK and Canada, health agencies have allowed doctors to prescribe it off-label on a case-by-case basis.

Research underway will help provide a better understanding of both of these therapies and will provide more confidence their efficacy holds up against omicron, but some doctors in the US may already be prescribing them to patients. 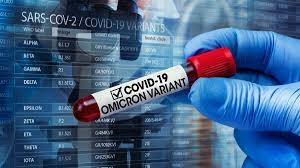 What does this mean in terms of concrete recommendations for a person who gets sick right now, including with omicron? “They should try to get the monoclonal antibodies,” Reiersen told me. “They should also consider taking fluvoxamine if appropriate, and another thing that might be useful as an outpatient would be inhaled steroids like budesonide.”

More promising treatments could be on the way. The most heralded one in the pipeline is Pfizer’s Paxlovid, a protease inhibitor — which means it blocks an enzyme needed for viral replication. The drug showed an impressive 88 percent efficacy in preventing hospitalization among unvaccinated patients — it was so effective that in November, the clinical trial stopped enrolling new participants because investigators concluded it would be unethical to put them in the control group.

Paxlovid has not yet been approved by the FDA, however, and at this point, supply of the drug is limited. The “supply will not be enough to make any real difference at all in the coming weeks,” drug development expert Derek Lowe writes. “I hope that this drug (and other protease inhibitors that are still in trials) can make a difference eventually, but we’re looking at trouble right now.”

The FDA is also considering molnupiravir, another repurposed drug that looks to be at least moderately effective, though because it works by inducing mutations in the viral genome, there are some concerns it could spur new viral variants, and some experts I talked to suspect that its efficacy may be even lower than the moderate efficacy reported.

Many other hoped-for treatments haven’t panned out. For a while, there was enthusiasm about convalescent plasma — blood donated by people who’d recovered from Covid-19. But studies found it wasn’t really helping patients. In the early months of the pandemic, President Donald Trump and others hyped hydroxychloroquine, an anti-malarial, but more recent evidence made it clear that doesn’t work — which puts it in good company, as hundreds of repurposed drugs have been tested and they’ve generally disappointed. Ivermectin, touted in the anti-vax movement as a miracle cure, has shown mostly small effects in trials, once fabricated studies are removed.

Symptom-based treatment options like fluvoxamine and budesonide aren’t sure things. The research that exists is promising, but it’s limited. The effect sizes that studies have found are moderate. But they are safe, they have been FDA-approved for other use cases for decades, and there’s strong published evidence supporting them as options. Despite that, many patients have likely never heard of them — and some doctors have felt unsure if it’s acceptable to prescribe them.

The National Institutes of Health publish guidelines on Covid-19 treatments that are meant to help physicians and patients sort through confusing, mixed, sometimes misleading evidence. The NIH guidelines on fluvoxamine and on budesonide both state that there is too little information to recommend in favor of or against their use. But some doctors and researchers feel that position is too conservative.

Mills, who thinks that fluvoxamine and budesonide are both appropriate to prescribe to patients sick with Covid-19, compares public messaging on fluvoxamine to communications about Merck’s drug molnupiravir. The evidence for molnupiravir suggests it’s no more effective than fluvoxamine, but molnupiravir was produced by a major pharmaceutical company that can shepherd it through the process of becoming a recommended drug. On a call last week, Mills said, the FDA told him “They don’t know how to deal with submissions where there isn’t someone to be responsible for it.”

While these medications may be worth trying because of their known safety profile despite limited evidence, they aren’t miracle cures that the world is hiding. Learning which Covid-19 treatments work is very hard. While large-scale randomized control trials found promising evidence for fluvoxamine and inhaled budesonide, “promising” is still the most we can say — it could absolutely turn out that the real-world effects are much smaller than hoped for, or even fail to materialize altogether.

But despite that, some researchers and doctors say, prescribing them is reasonable and the current silence from official sources isn’t serving doctors — especially with a new wave of sick patients resulting from omicron. “The likelihood of benefits is very high,” Eric Lenze, a professor of psychiatry at the Washington University School of Medicine in St. Louis, told me in August when the fluvoxamine results were first made public. “We have decades of knowledge about these treatments. These treatments are well tolerated. It’s important not to waste time if we have substantial evidence that a treatment is effective against covid.”

As the US braces for a surge that is likely to sicken even some vaccinated people, effective treatment is going to be essential for saving lives — and our public health agencies need to take a bigger role in communicating the existing options and what we know about them.

Millions turn to Vox to understand what’s happening in the news. Our mission has never been more vital than it is in this moment: to empower through understanding. Financial contributions from our readers are a critical part of supporting our resource-intensive work and help us keep our journalism free for all.  Sign up for the VoxCare newsletter

Email ThisBlogThis!Share to TwitterShare to FacebookShare to Pinterest
Labels: COVID-19