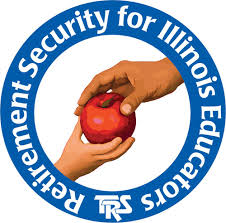 “If you can count on anything during the annual spring session of the General Assembly, you can be sure there will be intense discussion over Illinois’ public pension systems, including TRS. Because 2018 is an election year, the debate over what your retirement plan will look like in the future has ramped up exponentially.

“As the legislative session and the campaign season progress, I’d like to take an opportunity to remind you of the limited role that TRS plays in the formation of new laws, the state budget and other government policies.

“Due to our fiduciary duty to you, TRS cannot – and does not – lobby or take a stand on any legislative proposal that in any way affects member benefits. TRS will provide analysis and information on a nonpartisan basis to state officials upon request to help inform their policy choices, but TRS does not create or suggest changes in the pension code that affect benefits.

“With that said, TRS does engage legislators and other state officials for two important reasons. The first involves any needed technical changes to new or existing state laws. The other reason we lobby government officials involves state funding for TRS. Our fiduciary duty to you requires us to advocate for stable and adequate funding, and we do continuously. Now that we’ve discussed the limits of what we can and cannot do, here are some facts and statistics that underlie the current pension debates in Springfield.
State Funding For TRS:
“State officials should fund TRS at levels that not only pay the current cost of pensions being earned by active teachers, but also enough money to chip away at the unfunded liability. TRS remains underfunded and carries one of the poorest funded ratios (40.2 %) of any public pension plan in the country. The current long-term unfunded liability is $73.4 billion and was largely caused by decades of state payments to the System that failed to meet the actuarial minimum for ‘full funding.’

“For example, between 1984 and 2017, state government shorted TRS by a total of $32.7 billion. Even so, current law only requires the State of Illinois to fund TRS over the next 28 years at levels designed to bring our funded ratio up from 40 percent to 90 percent – not the full funding that should be the goal.

“With all the other financial problems currently plaguing state government, appropriating ‘full funding’ amounts for TRS and the other state systems is a difficult vote. We are not alone in requesting a budget priority. The plain fact is, state spending on TRS and the other state pension systems already is one of the largest parts of the state budget. Next year the cost of pensions is expected to account for 22.5 percent of the budget.

“TRS will continue to do all it can in 2018 to make sure state funding for TRS and the other pension systems remains a priority for state officials and at least follows the current funding plan. Teacher pensions have been promised by state government for more than 100 years and those promises must be kept for the present and future generations of TRS members.
Pension Cost Shift:
“Shifting the responsibility for the cost of pension benefits earned each year by TRS members from the state to local school districts is an idea that has been floated in the Illinois Capitol for several years. TRS will not take a position on this concept because our fiduciary duty to our members leads us to accept funding from whatever source the legislature determines is prudent.

“The current cost shift proposal would phase in a transfer, over four years, of each school district’s pension ‘normal cost’ from the state budget to each district’s budget. We can only estimate what the impact would be on local budgets but it would be higher than what is required currently.
Teacher Shortage in Illinois:
“The General Assembly and the Illinois State Board of Education are examining various ways to combat a shortage of classroom teachers in Illinois schools. This is another issue where TRS will not endorse or oppose any specific solution. Some proposals already under discussion have centered on expediting the licensure of college students to allow them to teach before receiving their degrees or increasing the number of days that retired TRS members may return to the classroom. As the discussion continues, we will work with all parties involved to make sure that any changes to state law will fit within the legal parameters of the pension code.
Tier 3 Planning:
“Under the state law enacted last summer, TRS must implement the new Tier 3 benefit structure ‘as soon as possible.’ Tier 3 will be an optional plan open to all Tier 2 members and new educators hired after it becomes effective. The new plan is comprised of a defined benefit pension and a defined contribution savings plan much like a 403(b).

“However, a close review of the law has revealed a number of contradictions between existing statutes that govern Tier 1 and Tier 2 and the new language for Tier 3. Technical language to fix these issues, and others, has been submitted in a ‘trailer bill’ that is pending before the legislature. [However], until these issues are resolved, TRS cannot proceed further. TRS will not guess what the intent of lawmakers might be on specific questions.

“As we wait for legislative action, TRS is proceeding with a major change in the way member information is reported by school districts to the System. Right now, service and salary information is submitted annually. The new system will require monthly reporting by school districts. This will enhance our on-going administration of benefits and will be required by any future Tier 3. More to come on this project in future issues of Topics & Report.

Commentary:
Shifting the “Normal Costs” to School Districts (from August 1, 2012 on this blog):

To transfer the “normal costs” of the Teachers’ Retirement System to school districts is to eliminate the state’s role in providing income retirement security for its public employees. Because “the State has the primary responsibility for financing the system of public education” (Article X, Section 1 of the Illinois State Constitution), one might ask whether teachers are considered part of that “system of public education?”

“[Furthermore,] property tax bases would not be sufficient to absorb any shift in the employer normal cost for teacher pensions… School districts are demographically and financially varied, and it would be difficult to impose a uniform normal cost shift on them… Illinois ranks last in terms of state spending on K-12 education, and school districts are already relying heavily on local property taxes… While shifting the state’s normal cost obligations onto school districts may provide some relief to the state’s budget, it will not mitigate these financial obligations and will instead push them onto school districts that, on average, already derive the majority of their revenue from local sources” (The Center for Tax and Budget Accountability, March 2012).

What would be other probable effects? In cash-strapped school districts, of which there are many, teachers would not receive increases in their salaries; many teachers would lose their jobs; student programs would be reduced or eliminated; class sizes would increase; it would be more difficult to recruit, as well as retain and attract, the best teaching candidates… (Education Sector Policy Briefs).

Approximately one-third of the total pension payment is the normal costs; the other two-thirds of the payment is the interest owed on the debt that the state created for not fully funding the pension system for almost six decades. To transfer the normal costs of the teachers’ retirement system to the school districts is to diminish the state’s role in providing income retirement security to its public employees.

Placing Illinois Teachers in Social Security, via 401k's (from the Teachers Retirement System):

“Discussion: Making newly-hired teachers pay into Social Security and allowing them to be eligible for benefits would affect all current and retired teachers. Illinois teachers have never been part of the Social Security system. Most teachers rely almost solely on a TRS pension during retirement. Active teachers contribute 9.[0] percent of their paycheck to help fund TRS and school districts contribute 0.58 percent of every teacher’s salary to the System. Last year, all told, teachers contributed $917 million to TRS and school districts contributed $155 million.

“For new teachers to become part of Social Security this scenario would mean a mandatory 12.4 percent payroll deduction split evenly between the member and the employer, which in the case of Illinois teachers is school districts and state government. Teachers would still be required to contribute 9.[0] percent of salary to TRS.

“For school districts, the cost of teacher pensions would immediately rise by a considerable amount. Instead of contributing 0.58 percent per new teacher, every district would have to contribute 6.2 percent per teacher. It is estimated that this increased cost would equal $41 million for Illinois school districts in the first year and more than $2.4 billion over 10 years. Plus, districts would still have to contribute 0.58 percent for each participant in the current system.