Why WEP?/ How WEP Can Affect Your Benefit/ Factors that may, or may not, affect your retirement benefits include 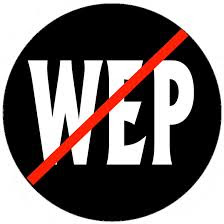 “[The] Windfall Elimination Provision affected 1.7 million beneficiaries at the end of 2015, according to the Social Security Administration, while [the] Government Pension Offset impacted about 652,000...”

“Why would government workers be treated differently from everyone else? The answer begins with the way that Social Security benefits are distributed across wage-earners with varying incomes.

“Social Security's benefit formula is progressive; workers with low average lifetime earnings get a higher benefit amount compared with their earnings than people who are better paid.

“The formula does not distinguish between workers who had low wages and those who worked for part of their careers in jobs not covered by Social Security. Many federal and state jobs are outside the system because they are covered by government pension plans.

“The WEP aims to eliminate the high benefit return these workers get on their Social Security income when they are not really low-income.

“The impact of the WEP is reduced for workers who spend 21 to 29 years in Social Security-covered work, and it is eliminated entirely for those who spend 30 years or more in such jobs.

“For federal employees, the WEP applies only to workers who started their federal employment before 1983, were covered by the Civil Service Retirement System and did not contribute to Social Security.

“The provision does not apply to people covered by the newer Federal Employees Retirement System, which is a defined contribution plan. Those workers contribute to Social Security…”

“If you work for a federal, state or local government agency, a nonprofit organization or in another country, you may be eligible for a pension based on earnings not covered by Social Security.

“A pension based on earnings not covered by Social Security can affect the amount of your Social Security benefit. We do not know whether you are eligible for such a pension, so the benefit estimates you have received may not have been adjusted for such a possibility.

“[This] Windfall Elimination Provision fact sheet explains whether you might be affected.

How WEP Can Affect Your Benefit

Email ThisBlogThis!Share to TwitterShare to FacebookShare to Pinterest
Labels: GPO/WEP