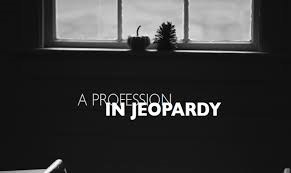 
Now that I have found out what the legislature did to teacher pensions, I want to make a few things clear from a retired teacher who began teaching in Illinois in 1968.  Things have changed since then, but it is important to understand what happened in 1970 to make the pensions the way they are: the pensions you just changed.

(1) Most teachers were women and that was so because teaching was one of a very few career choices for women.  They could be nurses, secretaries, stewardesses, and teachers. Even if they had a college education in other areas, they still were put in such professions.  If they weren't college educated, they could be telephone operators, card data punchers, and waitresses.  If they got pregnant, they were harassed into resigning even if they were married and needed to continue working. With so few choices, one would think the state wouldn't have to worry about staffing classrooms.  Actually they did.  And many teachers taught on provisional certificates and did so for years.  The important thing to keep in mind is women were captives to a system that would make them teachers and still the state couldn't staff classrooms.

(2) So even though young men were captive to the draft and would likely end up fighting in the Vietnam War, they could get a deferment IF they would agree to teach [However, teaching deferments ended on December 1, 1969 with the first draft lottery]. I remember a couple guys who fit this category clearly.  I remember one guy sitting in front of his sixth grade class playing his acoustic guitar and singing. He did a good job keeping their attention otherwise the students tend to make the teacher's life miserable because they know when someone is not prepared. One guy was a great teacher, but he took a summer job doing asphalt driveways. As soon as he no longer had a threat from the draft, he started his own company doing asphalt because the pay was better, and he could support his family.  The important thing to remember is even with the existential threat of war, some men staffed classrooms because the need for teachers was so great.

(3) The biggest problem in education for at least the last couple decades is keeping a teacher in place past the first five years, because they have choices today.  Many companies offer better pay, hours, working conditions, and often on-site child care. The problem is making the profession attractive enough to have veteran teachers because it is hard to coerce people into teaching.


Demonizing teachers has also taken a toll on the numbers of people seeking to enter the profession.  People want respect for what they do and don't want to be accused of being greedy or some of the other accusations I've painfully heard.  The pension system for TRS was put in place to attract teachers to the profession and staff classrooms with qualified people.  It wasn't the only thing that happened that was effective in keeping teachers, but it was effective.

Now the sneaky change to TRS in the last budget (I applaud the need for the budget and applaud the revenue from taxes) will further erode teaching as a profession, and we will return to the days when administrators can't staff classrooms.  And we need to care about teacher education and qualifications.  The higher education system in Illinois that used to educate teachers has been decimated and few people have entered higher education studying to become teachers.  Teachers will have to be recruited from foreign countries.

The Illinois legislature needs to take teacher preparation and teacher supply into account when it makes decisions, not just the banks and wealthy people who want to take over the investment of teachers' retirement contributions. When the word gets out, defined contribution systems will be seen as a hoax and a scam.

When I graduated in 1968, the NEA sent out a notice to all graduating teachers. Don't take a job in Ohio or Oklahoma and the reasons why.  Districts in those states sent out contracts to prospective teachers, sight unseen as they were so desperate for warm bodies to staff classrooms.  Make sure they don't return to taking that step for districts in Illinois.  Our future depends on qualified dedicated teachers in our classrooms.  We need to keep teachers past the first five years. Every measure on the change you voted for in the budget will work against that goal.