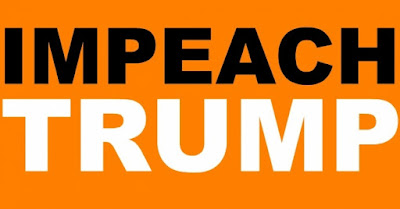 “When Congressman Brad Sherman proposed the first article of impeachment against President Donald Trump, the California Democrat carefully explained the necessity of the resolution, the legislative strategy he would employ to advance it, and the difficult political landscape that would have to be traversed in order to hold to account the most irresponsible and lawless President in American history.

“‘I act not for partisan advantage. Having served with [Vice President] Mike Pence in the House for twelve years, I disagree with him on most issues of public policy,’ Sherman explained in June, acknowledging Democratic discomfort with Trump’s likely successor, were the president to be removed from office. ‘But we must move forward as quickly as possible to ensure a competent government that respects the Constitution and the rule of law…’

“Those were the urgent, yet carefully considered, words of a lawmaker who had determined to bear true faith and allegiance to an oath of office that requires him to ‘support and defend the Constitution of the United States against all enemies, foreign and domestic.’ He was not engaging in the partisan maneuvers that so frequently characterize Congressional action (or inaction). The Congressman was taking on an awesome responsibility with the seriousness of purpose that the founders intended when they established a Constitutional remedy for the crisis that arises when a President dishonors his position and threatens the republic.

“Sherman recognized, as many have, that Trump must be impeached. He acted as an elected representative of the people must when the need for a Constitutional cure can no longer be neglected by those with the power to apply it.

“Unfortunately, on a contemporary political landscape that is defined by the corruptions of partisanship, and the cynicism that develops when those corruptions go unaddressed for too long, Sherman’s seriousness put him at odds with the media and political elites who shape the discourse of our country. He was treated as an outlier, admonished in private by colleagues, and dismissed in public by commentators who are far more inclined to propagate talking-head trivia than to explore the original intent of the U.S. Constitution. Most Americans, even those who favor the removal of Donald John Trump from office, were unaware of what Sherman had done.

“But there is no question that Sherman, a Harvard Law School graduate and instructor with two decades of experience in Congress, did everything right. He outlined his objection to the Trump presidency not in broad or emotional terms, but with a sharp focus on concerns about obstructions of justice and abuses of power.

“Chief among these was Trump’s firing of FBI Director James Comey, in what Trump would tell Russian diplomats was an effort to relieve the ‘pressure’ of FBI inquiries into links between the President’s campaign team and the Russians. (In the same week that Sherman unveiled his article of impeachment, Trump appeared to acknowledge reports that Robert Mueller III, the special counsel in the Russia probe, had expanded his investigation to consider these obstructions of justice.)

“In a well-ordered and well-functioning media system, the announcement by a senior lawmaker that an article of impeachment had been written and submitted for consideration would have led the evening news and topped the front pages of morning papers.

“But decades of consolidation, conglomeration, and bumbling responses to technological progress have left the United States without a democracy sustaining media system. Major media outlets are not merely disinclined to speak truth to power; frequently they serve as stenographers to power. And power maintains an at best unsteady acquaintance with Constitutional remedies, especially when they involve accountability. For the most part, political and media elites dismiss impeachment in particular, and the system of checks and balances in general, as a distraction.

“They prefer to obsess about Trump’s tweets, palace intrigues that pit the white nationalist and Wall Street wings of the current administration against each other, and Ivanka Trump’s complaints about the supposed incivility that is directed toward a man who encouraged his supporters to harass protesters and to chant ‘lock her up’ at the mention of his 2016 opponent’s name.

“The media’s rigid refusal to engage with the impeachment debate did not surprise serious students of presidential accountability. A decade ago, The New York Times, The Washington Post, CBS, ABC, NBC, FOX, CNN, and MSNBC all dismissed potent appeals for Congressional action to censure George W. Bush and Dick Cheney after the former President and Vice President maneuvered the United States into an undeclared, illegal, immoral, and ultimately catastrophic war in Iraq.

“For the most part, media outlets get excited about impeachment only if claims of alleged wrongdoing are salacious (as with the ridiculous attempt by Congressional Republicans to remove Bill Clinton in the late 1990s), or if there is general agreement that an executive has veered so dramatically off course that the elites themselves begin to worry about a threat to their circumstance.

“There is good reason to believe that Donald Trump will ultimately inspire precisely those worries. His erratic and arbitrary approach to even the most basic of responsibilities, his disregard for facts in combination with his rank dishonesty, his penchant for surrounding himself with authoritarians, and his willingness to act on their advice have already caused very powerful people to fret that this presidency could end in tragedy—for Trump and for the country.

“But, at least for now, most elites are not sufficiently concerned about Trump’s misdeeds to contemplate his removal from office before the end of a term that concludes on January 20, 2021.

“As such, Sherman’s proposal for more immediate relief was accorded a half-column on the corner of page 11 of the national edition of The New York Times. The article featured an academic and a Republican congressman brushing off the intervention, as the paper itself chimed in to declare: ‘The congressman’s efforts to impeach the president, just six months into his term, have virtually no chance of succeeding given the strong majority Republicans hold in the House, where impeachment proceedings must begin.’

“The reviews were just as bad, or worse, from other major newspapers and the broadcast networks—as well as from the cautious political websites that fantasize that they are ‘new media’ but generally repurpose ‘old media’ dogma with bells and whistles. It was the journalistic equivalent of Bob Dylan singing, ‘You Ain’t Goin’ Nowhere.’

“This is how it works in Washington, D.C.: While America is increasingly post-partisan, or more precisely anti-partisan, our media frame the national discourse in the narrowest of partisan terms. In effect, the media constrain rather than encourage debate about obvious and necessary responses to evolving crises.

“Never mind that the overwhelming majority of Americans have lost confidence in a President who, it should be remembered, received only 46 percent of the vote in the 2016 presidential election and trailed his Democratic rival by almost three million votes.

“Never mind that the nation’s great Constitutional scholars say this loss of confidence is appropriate, as the President has committed acts that put him at odds with his oath of office and his duties to the republic.

“Never mind that those scholars argue that Trump has committed impeachable acts. Never mind that polls show more Americans favor Trump’s impeachment than oppose it. Never mind that, where citizens and their elected representatives are given an opportunity to weigh in on the matter of Trump’s continued tenure, they have done so—with formal resolutions calling for Congress to impeach Trump coming from communities across the country, from a town meeting in tiny Charlotte, Vermont (population 3,754), to the city council of Los Angeles, California (population: 3,976,322).

“Never mind that, through petitions and letter-writing campaigns and marches and rallies, millions of Americans are, according to attorney John Bonifaz, a key figure in the burgeoning Impeach Donald Trump Now Campaign, ‘rising in the defense of our Constitution and our democracy!’

“Whenever impeachment is placed ‘on the table’ by the American people and emboldened officials such as Sherman, it is snatched back by partisans who have no taste for a debate about this Constitutional remedy. This does an injustice to the nation’s Constitutional history. As George Mason told the Constitutional Convention of 1787, ‘No point is of more importance than that the right of impeachment should be continued.’

“Two hundred and thirty years ago, Mason and those who joined him in establishing a system of checks and balances argued that impeachment was the answer to a pair of questions: ‘Shall any man be above Justice? Above all, shall that man be above it, who can commit the most extensive injustice?’

“The answer to these questions remains the same. Unfortunately, this is not the answer that House Speaker Paul Ryan, the most ardent of Trump’s defenders and the most partisan of Republican stalwarts, wants to hear. Even more unfortunately, it is not the answer that top Democrats are prepared to entertain. The leaders of what is supposed to be America’s ‘opposition party’ boldly proclaim their devotion to ‘the resistance,’ but they are shy about embracing the tool that the Constitution affords those who are serious about resisting pretenders to autocracy…”

For the entire article, The Case for Impeachment by John Nichols, click here.

John Nichols is Washington correspondent for The Nation and associate editor of The Capital Times in Madison, Wisconsin. His most recent book, co-authored with Robert W. McChesney is, Dollarocracy: How the Money and Media Election Complex is Destroying America. Other books written with McChesney include: The Death and Life of American Journalism: The Media Revolution that Will Begin the World Again and Tragedy & Farce: How the American Media Sell Wars, Spin Elections, and Destroy Democracy. Nichols' other books include: The “S” Word: A Short History of an American Tradition, Dick: The Man Who is President and The Genius of Impeachment: The Founders' Cure for Royalism.