A Response to Governor Rauner’s Flawed “Turnaround Agenda” by David Madsen (Presented to The Naperville City Council on April 21st, 2015) 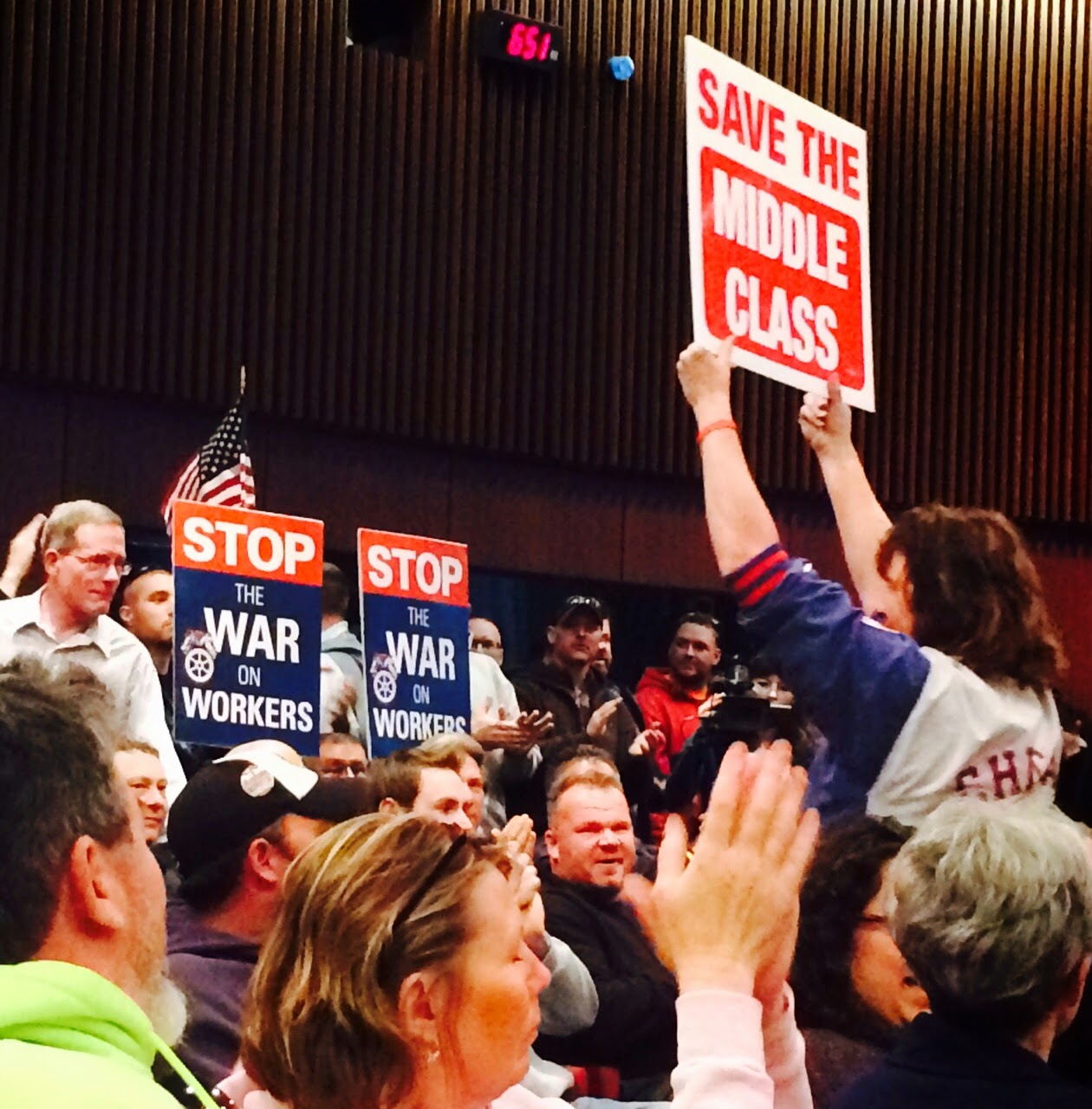 As a Naperville resident, I want a local economy that is both vibrant and fair to all citizens.  There is no doubt it’s important for city leaders to budget responsibly.  But the Local Government Empowerment and Reform Resolution is not a viable plan to achieve those goals.

First of all, the Council has edited Governor Rauner’s original resolution by removing the most egregious language - a local “right to work” referendum and diminishment of collective bargaining rights.  This leaves Naperville’s version even vaguer.

The concept of a “local empowerment zone,” which remains in the document, is not clearly defined.  Let me tell you how Governor Rauner defines it; at the time of Bruce Rauner’s 2015 State of the State address, he claimed:

So, in effect the language that was taken out is still in the document, just without a definition. The lack of specificity should be reason enough for council members to vote NO.

It’s already clear that local right-to-work zones will violate federal and state law, as verified recently by Lisa Madigan.  In Kentucky, where this strategy is currently being tested, the laws are being fought through multiple law suits.  In Illinois, you can expect the same thing – wasteful litigation.

Naperville’s Resolution 15 will accomplish one thing for sure.  It will weaken unions, lower wages and benefits for all workers, and create poor working conditions.  Demand for goods and services will fall as expendable income is diminished.   According to a study by Illinois Economic Policy Institute and University of Illinois, if the six counties surrounding Chicago passed right to work laws, "The economy would shrink by 1.3 billion, state and local tax revenues would be reduced by $80 million… racial and gender inequality would both increase, and the number of workplace injuries and fatalities would rise."  It will be a mistake to hastily pass this resolution without carefully considering the wide range of ill effects being predicted.

Resolution 15 claims that “local empowerment zones will help attract jobs and make our community more attractive for businesses...”  But there is no solid evidence that this is true, especially in the case of right to work laws. On the state level, the Economic Policy Institute has found “no consistent pattern of Right To Work states growing faster or slower—or having better or worse unemployment rates—than other states.”  When making decisions on moving into an area, employers are more interested in features like an educated workforce and access to expressways than they are in Right To Work.

In my opinion, the Naperville City Council would be better off adopting the Labor Coalition’s “Resolution to Protect the Middle Class,” which offers a positive alternative to Governor Rauner’s flawed “Turnaround Agenda.”

[“The incoming Mayor Chirico asked the resolution be tabled indefinitely, but he added that he was looking forward to ‘helping the Governor in some way to make Illinois great again.’  Promises to review the Turnaround Agenda at a later date were proposed by many of the Council members.  Chirico added, ‘We might all have to sacrifice’” (John Dillon)].

For John Dillon’s excellent coverage of this event, Click Here.