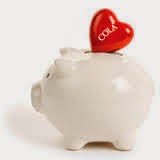 "Earlier this morning the Colorado Supreme Court issued its opinion in the case Gary R. Justus v. PERA and the State of Colorado, filed in February 2010 soon after Governor Bill Ritter signed Senate Bill 10-001 into law. You may view the court’s 32 page decision here.

"Rich Allen, President of Save PERA COLA, a Colorado non-profit corporation, has issued the following statement warning public employees of the problem that this decision has for them:

"The Supreme Court has spoken. Needless to say we are disappointed in the decision. It seems to us to be a major departure from the rule of law to allow a public entity to unilaterally abrogate an agreement to which they willingly and legally entered merely because they don’t feel like paying the costs anymore. But there are other issues here that directly affect the financial security of public retirees and employees.

"PERA throughout the legal process adopted a scorched earthed policy by denying that there ever was any contract regarding the annual benefit increases (aka cost-of-living adjustments or COLA) even though they had previously and often stated there was a contractual agreement in both their verbal and written messages.

"This victory for PERA leaves it in the legal position of being able in the future to reduce the remaining COLA of 2% (maximum) to zero, assuming the legislature’s permission. There is little reason to think that creative minds could not come up with further reductions as well. This does not bode well for Colorado public employees, or for public employers who use PERA benefits to attract the best applicants to their employ.

"We believe that the many employee organizations that supported SB1 will regret that decision in the future. Colorado no longer has a defined benefit plan (DB). It instead has a gratuity plan where the benefits for all members, even for the already retired, are entirely defined by the whim of the legislature.

"Further, incentives have been created for the legislature to continue to underfund the pension system which will lead to future PERA Trust Fund fiscal crises and further cuts. Based on past behavior, it is hard to understand how PERA will demand adequate funding to support even the severely reduced funding benefit levels that SB1 has set. They have bought into the false notion that we are just ‘greedy geezers.’ We are in fact simply asking for what we have earned and were promised.

"While we cannot predict the timing of any of this, we would urge all retirees to have a ‘Plan B’ to support themselves. For current and future employees, we recommend looking closely at total compensation and the actual security of it in making career decisions."

from the Court's 32-page decision:


“…Hon. Fields v. Elected Officials Ret. Plan, 320 P.3d 1160, 1165–66 (Ariz. 2014): holding that the Arizona legislature intended the term ‘benefit’ to include COLA increases and that because the statutory modification diminished and impaired the retired members’ benefits, including a vested right in the COLA formula at the time of retirement, it violated the Arizona constitution. The trial court and the court of appeals assumed that retirees unarguably have a contractual right to their vested PERA base pension retirement benefit, and that issue is not before us [in Colorado]” (No. 12SC906, Justus v. State—Colorado Public Employee’s Retirement Association Pension Plan—Cost of Living Adjustment: United States and Colorado Contracts Clause, U.S. Const. art. I, § 10; Colo. Const. Art. II, § 11; Section 24-51-211, C.R.S. (2013); Section 24-51-1001 to 1002, C.R.S. (2013)).

For detailed information about the Illinois COLA, Click Here.