The Concept of “Consideration” in Illinois Senate Bill 1 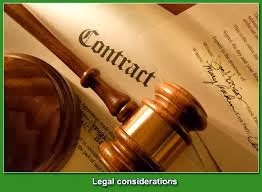 Simply stated, “Consideration is when a claimant promises something in exchange for the defendant’s promise, [or] the inducement to a contract, something of value given in return for a performance or a promise of performance by another, for the purpose of forming a contract…” (Law Dictionary).

Reducing the contribution rate for current teachers by one percent was not a consideration. It was not negotiated; moreover, modification of contract principles for retirees was also without consent. “It is well settled that a contract, once made, must be performed according to its terms, and that any modification of those terms must be made by mutual assent and for consideration” (Ross v. May Co., 377 Ill. App. 3d 387, 389 (2007)).

Contracts supported by consideration are often one-sided, advantageous arrangements. Any agreement with the Illinois General Assembly regarding “guaranteed” funding to the pension systems would not be a “valid” consideration for public employees because it would be in exchange for reductions of originally-vested benefits assured by the Illinois Constitution.

Furthermore, there is no question that with the passage of Senate Bill 1, Illinois legislators have reneged on a contractual promise made to public employees and retirees based upon similar antedated court cases.

We already know that legislators can rewrite or undo any bill they pass. A conversation with any representative will verify this incongruous reality; consequently, any "Quid Pro Quo" (one thing in return for another) guaranteed by legislators can also become a "Failure of Consideration."

Even if the funding of public employees’ pensions is written into the Illinois Pension Code (40 ILCS 5/) and considered a “benefit” guaranteed by the State Constitution, legislators can (and will) create another bill to challenge the language of the contract.

Despite what Nekritz believes, it has been ruled that “No principle of law permits [the Illinois General Assembly] to suspend constitutional requirements for economic reasons, no matter how compelling those reasons may seem” (Jorgensen v. Blagojevich, 211 Ill. 2d 286, 316 (2004)). (Consider that House Speaker Michael Madigan and Senate President John Cullerton depended on case law when suing Governor Patrick Quinn for stopping their remuneration because they had not passed so-called "pension reform" at that time).

“Neither the legislature nor any executive or judicial officer may disregard the provisions of the constitution even in case of a great emergency” (People ex rel. Lyle v. City of Chicago, 360 Ill. 25, 29 (1935)).  Unless, of course, judges ignore case law.

Undeniably, “the consideration doctrine is a moving target, different [understandings will] yield different [interpretations]… Courts have considerable latitude in determining whether to find consideration (or not), and hence whether to enforce a promise (or not)… [Nonetheless], it would be highly undesirable to allow public officials to extract benefits in return for the performance of their existing legal duties” (National University of Singapore Professor Mindy Chen-Wishart, Contract Law).

In Illinois, the Supreme Court “has consistently invalidated amendments to the Pension Code where the result is to diminish benefits” (McNamee v. State, 173 Ill. 2d 433, 445 (1996)). “Any alteration of the pension system amounts to a modification of an existing contract between the State (or one of its agencies) and all members of the pension system, whether employees or retirees. A member is contractually protected against a reduction in benefits” (Kuhlmann v. Board of Trustees of the Police Pension Fund of Maywood, 106 Ill. App. 3d 603, 608 (1st Dist. 1982)).

Let us remain confident the Supreme Court judges will uphold the Illinois and U.S. Constitutions as they have in the past; that these judges are not capable of illegal and immoral thievery like the political opportunists who voted for SB 1 (from Illinois Senate Bill 1, the So-called “Pension Reform”Bill (or Attempt to Break a Constitutional Contract with Public Employees and Retirees)).