A Thank You from Heather Cox Richardson 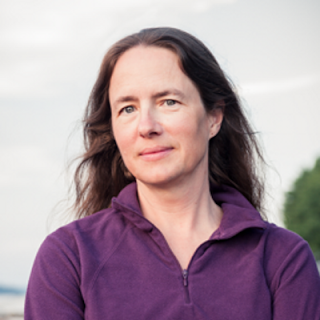 Exactly two years ago today, after about a six-week hiatus during the summer, I wrote a Facebook post that started: “Many thanks to all of you who have reached out to see if I'm okay. I am, indeed (aside from having been on the losing end of an encounter with a yellow jacket this afternoon!). I've been moving, setting up house, and finishing the new book. Am back and ready to write, but now everything seems like such a dumpster fire it's very hard to know where to start. So how about a general overview of how things at the White House look to me, today....”

I went on to explain that the chair of the House Intelligence Committee, Representative Adam Schiff (D-CA), had written a letter to then–acting Director of National Intelligence, Joseph Maguire, on Friday, September 13, telling Maguire he knew that a whistleblower had filed a complaint with the inspector general of the intelligence community, who had deemed the complaint “credible” and "urgent.” This meant that the complaint was supposed to be sent on to the House Intelligence Committee. But, rather than sending it to the House as the law required, Maguire had withheld it. Schiff’s letter told Maguire that he knew about the complaint and that Maguire had better hand it over. Schiff speculated that Maguire was covering up evidence of crimes by the president or his closest advisors.

Readers swamped me with questions. So I wrote another post answering them and explaining the news, which began breaking at a breathtaking pace. And so, these Letters from an American were born.

In the two years since then, we have lived through the Ukraine scandal—the secret behind the whistleblower complaint in Schiff’s letter—which revealed that then-president Trump was secretly running his own foreign policy team to strong-arm Ukraine into helping the president’s reelection campaign.

We lived through the abrupt withdrawal of U.S. troops from northern Syria in early October 2019, leaving our former Kurdish allies to be murdered by Turkish troops. ISIS freed compatriots from jails and launched new attacks, and Russian troops moved into the positions we had held in the region.

We lived through the impeachment hearings, the trial of former president Trump for abuse of power and obstruction of Congress, then the president’s acquittal on those charges and his subsequent purge of career government officials and their replacement with Trump loyalists.

Then, on February 7, just two days after Senate Republicans acquitted him, Trump picked up the phone and called veteran journalist Bob Woodward to tell him there was a deadly new virus spreading around the world. It was airborne, he explained, and was five times “more deadly than even your strenuous flus.” “This is deadly stuff,” he said. He would not share that information with other Americans, though, continuing to play down the virus in hopes of protecting the economy.

We have, though, lived through the attempts of the former president to rig the 2020 election, the determination of American voters to make their voices heard, the Black Lives Matter protests after the murder of George Floyd, the election of Democrat Joe Biden and Vice President Kamala Harris, and the subsequent refusal of Trump and his loyalists to accept Biden’s win.

And we have lived through the unthinkable: an attack on the U.S. Capitol by a mob determined to overrule the results of an election and install their own candidate in the White House. For the first time in our history, the peaceful transfer of power was broken.

Rather than disappearing after the inauguration of President Biden, the reactionary authoritarianism of the former president’s supporters has grown stronger. Senate Republicans acquitted Trump for a second time in his second impeachment trial-- this time for incitement of insurrection-- and in Republican-dominated states across the country, legislatures have passed laws to suppress Democratic voting and to put the counting of votes into partisan hands.

We have seen the attempts of Biden and the Democratic-controlled Congress to move America past this dark moment by making coronavirus vaccines widely available and passing the American Rescue Plan to rebuild the economy. We have watched the U.S. withdraw from the longest war in our history, losing 13 military personnel in the exit from Afghanistan that brought out more than 130,000 evacuees.

And we are, today, watching the fight over the survival of our democracy. If you are tired, you have earned the right to be. And yet, you are still here, reading.

I write these letters because I love America. I am staunchly committed to the principle of human self-determination for people of all races, genders, abilities, and ethnicities, and I believe that American democracy could be the form of government that comes closest to bringing that principle to reality. And I know that achieving that equality depends on a government shaped by fact-based debate rather than by extremist ideology and false narratives.

And so I write. But I have come to understand that I am simply the translator for the sentiments shared by hundreds of thousands of people who are finding each other and giving voice to the principles of democracy. Your steadfast interest, curiosity, critical thinking, and especially your kindness—to me and to one another—illustrates that we have not only the power, but also the passion, to reinvent our nation.

To those who read these letters, send tips, proofread, criticize, comment, argue, worry, cheer, award medals (!), and support me and one another: I thank you all for taking me along on this wild, unexpected, exhausting, and exhilarating journey.

Email ThisBlogThis!Share to TwitterShare to FacebookShare to Pinterest
Labels: HCR