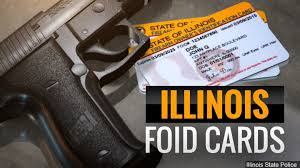 The case is The People of Illinois vs. Vivian Claudine Brown. In March of 2017, Brown was accused of possessing a firearm without a FOID card. In dismissing the charges against Brown, Judge Webb also ruled the FOID card unconstitutional.

In his ruling, Judge Webb stated, “A citizen in the State of Illinois is not born with a Second Amendment right. Nor does that right insure when a citizen turns 18 or 21 years of age. It is a façade. They only gain that right if they pay a $10 fee, complete the proper application, and submit a photograph. If the right to bear arms and self-defense are truly core rights, there should be no burden on the citizenry to enjoy those rights, especially within the confines and privacy of their own homes. Accordingly, if a person does something themselves from being able to exercise that right, like being convicted of a felony or demonstrating mental illness, then and only then may the right be stripped from them.”

Pearson said he is hopeful for a positive outcome when the Illinois Supreme Court takes up this case.

“The rights afforded to us in the Constitution are rights guaranteed to every American,” Pearson said. “The right to bear arms should not be contingent on paying a fee. Right now, there is legislation pending in Springfield to make these fees even costlier. It is absolutely ridiculous that honest citizens should have to pay fees, fill out applications and wait on government to respond to their requests just to be able to exercise their rights. Illinois is one of only four states with the arcane FOID laws. We need to join the other 46 states that place a premium on our Constitution liberties”  (Rich Miller, Capitol Fax, April 27, 2021).