Want to know what Donald Trump’s plan to take away $20 billion meant for public school children really means? (from the American Federation of Teachers) 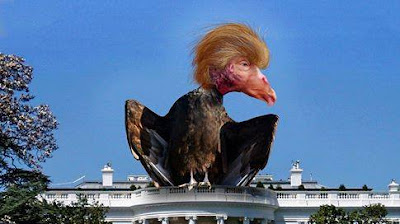 Since he didn’t do his homework, we did it for him. Trump’s $20 billion cut could:

And what would he fund with all these budget cuts? Vouchers for 1.4 million or fewer students—up to the states’ discretion, because Trump would hand the money over as a block grant—leaving at the very least 10.5 million other low-income students in the cold, depriving them of vital services they need.
Trump’s plan would gut nearly 30 percent of the federal education budget and turn it into private school vouchers. News flash, Mr. Trump: There’s been a lot of research on this. Private school voucher programs don’t work—not for the students who get them, and not for the students in public schools whose schools have been drained of funds. Private schools do not enforce all federal civil rights laws, do not adhere to religious freedom protections provided under the U.S. Constitution, and do not face the same public accountability standards that all public schools must meet, including those in Title IX, the Individuals with Disabilities Education Act and the Elementary and Secondary Education Act—the very law that Congress just reauthorized in 2016.
Trump has no research or evidence to back up his ideas—just his ideology and zeal to destabilize public schools.
Help us push back against Donald Trump and his flawed ideology by becoming an AFT rapid responder today.
Trump’s speech on education this week repeats the same message the anti-public education zealots have been shilling for years. As far as we can tell, Trump never bothered talking to educators to find out what support they need in order to give every kid a great education. His rhetoric today was just one more sound bite from a reality TV star turned presidential nominee.
None of this comes as a surprise: Donald Trump has never shown any inclination to help our schools serve students. In the years I spent working in New York City, I never once saw him at a civic event, never saw him engaged in an effort to lift up public education. Now he wants to hand our public schools over to private businesses so they can make a profit—no surprise, from a man whose idea of education can best be summed up in Trump University, a fraudulent enterprise built to rip off hardworking students. As far as I’m concerned, his ideas on public education don’t earn a passing grade.
Help me send him that message.
In unity,
Randi Weingarten
AFT President