Illinois Senate Bill 1, the So-called “Pension Reform” Bill (or Attempt to Break a Constitutional Contract with Public Employees and Retirees) 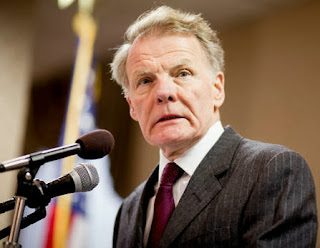 We knew this day would come and that political and corporate opportunists, who have no legal or moral concerns except their own, would be eager to break a constitutional contract with public employees.

Indeed it is, but let us remain confident “The plain language [of Article XIII, Section 5 of the Illinois Constitution, commonly called the Pension Clause] indicates that an employee’s pension payments and other membership entitlements are ‘contractual’ rights that may be altered [only] through mutual assent via contract principles…; [that] the [Pension] Clause’s prohibition against diminishment and impairment is cast in absolute terms.

And let us remain confident “The [Pension] Clause on its face does not support the claim that the legislature could utilize the pension system’s present unfunded liabilities as an [excuse] to cut the benefits of current employees participating in the system [as implied in the preamble of this bill]… [For] the Illinois Supreme Court [had previously] instructed, that ‘general language in a [judicial] opinion must not be ripped from its context to make a rule far broader than the factual circumstances which called forth the language’…

“[A]ny alteration of the pension system amounts to a modification of the existing contract between the State (or one of its agencies) and all members of the pension system, whether employees or retirees. A member is contractually protected against a reduction in benefits. By the same token, a member cannot take advantage of a beneficial pension change without providing consideration [something of value given in return where both parties agreed] for the contractual modification…” (Eric M. Madiar, Chief Legal Counsel to Illinois Senate President John J. Cullerton and Parliamentarian of the Illinois Senate, IS WELCHING ON PUBLIC PENSION PROMISES AN OPTION FOR ILLINOIS? AN ANALYSIS OF ARTICLE XIII, SECTION 5 OF THE ILLINOIS CONSTITUTION).

Let us also remain confident that when the Illinois Supreme Court reviews “The plain language of the Illinois Constitution’s Pension Protection Clause [Article XIII, Section 5 that] states, ‘Membership in any pension or retirement system of the State… shall be an enforceable contractual relationship, the benefits of which shall not be diminished or impaired,’ as courts in this State have confirmed, this language is crystal clear. Public employees become members of a pension system at the time of hire or shortly thereafter and, once they become members, their pension rights are set and cannot be ‘diminished or impaired…’

‘“Not surprisingly, as noted in a 1996 decision (McNamee v. State of Illinois), the Illinois Supreme Court has ‘consistently invalidated amendments to the Pension Code where the result is to diminish benefits’ to which state employees acquired a vested right when they entered the pension system…

“[Until now,] the Governor and the General Assembly have been careful to comply with the Illinois Constitution’s Pension Protection Clause, as well they should [respect all constitutional contracts]. The alternative would be a short-lived pension reform that is invalidated by court order after protracted litigation, which would be a disservice to the taxpayers” (Gino L. DiVito, in a Letter addressing a Chicago Tribune Op-Ed article by Eden Martin of the Civic Committee of the Commercial Club of Chicago, April 13, 2010).

“[In spite of previous judicial decisions, there are policymakers who insist upon abandoning] the fundamental principle that the rules of the game for contracting parties are not to be changed midstream… This is especially hard to comprehend when public employees have diligently and faithfully paid their contributions while their government employers have failed to pay their required share. Indeed, for decades, [Illinois legislators have] treated [the public] pension systems as a credit card to pay for government services and avoid tax increases or service cuts...” (Eric M. Madiar (2012). Public Pension Benefits Under Siege: Does State Law Facilitate or Block Recent Efforts to Cut the Pension Benefits of Public Servants? ABA Journal of Labor& Employment Law, V. 27, no. 2, 179-194. Retrieved December 7, 2012 from the American Bar Association.

It is disconcerting that too many Illinois policymakers are unscrupulous. “For [Illinois] lawmakers, it is simply politically more palatable to unilaterally cut pension benefits for public employees and retirees than to raise taxes, cut services, or both… [Even though any] attempt to denigrate the validity of decades of judicial precedents about the binding nature of legislation establishing pension commitments to government employees and to motivate state courts to overturn long-settled premises about these commitments would impose its own, unjustifiable costs.

“[Undoubtedly, Illinois policymakers] and their instrumentalities have promised pension benefits to their [public] employees; those employees have relied on those long-standing promises; and as a result the citizens of [Illinois] have benefited from the services provided by those employees [throughout the years]. There is no sound public policy reason to conclude that these promises – based on the reasonable expectations of the contracting parties – should not be fully protected by the laws prohibiting or limiting the impairment of contracts,” [especially since billions of dollars that should have been paid to the public pension systems have been stolen]” (Greenfield, Douglas L., Lahne, Susan G. (2012). How Much Can States Change Existing Retirement Policy? In Defense of State Judicial Decisions Protecting Public Employees’ Pensions. National Council of State Legislatures Legislative Summit, 1-16. Retrieved December 9, 2012.

It is a flagrant injustice when policymakers like Michael Madigan (since 1971), John Cullerton (since 1979), Bill Brady (since 1993), Jim Durkin (since 1995), Christine Radogno (since 1997) Elaine Nekritz (since 2003) and others who are responsible for the state’s fiscal morass want to challenge an existing constitutional contract and force public employees and retirees to accept a substantial diminishment of their constitutionally-guaranteed pension that was lawfully earned; moreover, it is a brazen injustice when a governor can roll back the corporate billionaire’s and millionaire’s taxes, lacerate the state’s budgets, and sign into law a diminishment of public employees’ and retirees’ only pension. Ironically, none of these transgressions will address the state's inadequate revenue system and the state's pension debt problems.

I have said many times to possess a right to a promised deferred compensation, such as a pension, is to assert a legitimate claim with all Illinois legislators to protect that right. There are no rights without obligations. They are mutually dependent. Fulfilling a contract is a legal and moral obligation justified by trust among elected officials and their constituents.

SB 1 is a foul, insensitive attack on public employees’ and retirees’ rights to constitutionally-guaranteed benefits. An unconscionable challenge of those rights and benefits is a serious threat, not only to current public employees and retirees and their families but, to every Illinois citizen. A pension is a contract. Breaking a contract can never be legally or morally justified.


(1) “No State shall…pass any…ex post facto law or Law impairing the Obligation of Contracts…” (The Constitution of the United States, Article 1—Limitations on Powers of States, Section 10).


“No ex post facto law, or law impairing the obligation of contracts…shall be passed” (The Constitution of the State of Illinois, Article I—Bill of Rights, Section 16).


“Membership in any pension or retirement system of the State, any unit of local government or school district, or any agency or instrumentality thereof, shall be an enforceable contractual relationship, the benefits of which shall not be diminished or impaired” (The Constitution of the State of Illinois, Article XIII—Pension and Retirement Rights, Section 5).


To the so-called senators and representatives who voted for SB 1:

Public employees are responsible and resolute, and they are outraged by this current legislative rashness. They will oppose this injustice without hesitation, and they will defend untiringly the benefits they have earned and their dignity and self-respect through unified engagement and compelling legal action.

*These 23 Senators also voted NO on SB 1 last spring.

Did Not Vote or Present:
Clayborne
Collins
Harris
Hastings
Trotter