A Discussion We Do Not Want to Have: A State's Police or Sovereign Powers 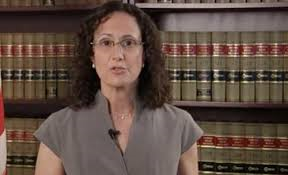 In regard to the “diminishing or impairing” of a pension clause or contract that protects citizens’ rights, the United States Supreme Court has held “that the court must establish that impairment is reasonable and necessary to serve an important public purpose, such as ‘the remedying of a broad and general social or economic problem.’ To show that a change is necessary, the state must establish that no less drastic modification could have been implemented to accomplish the state’s goal; and that the state could not have achieved its public policy goal without modification” (Education Sector Policy Briefs).

A state’s option to exercise its police or eminent domain powers, however, has seldom been brought to the test, and for obvious reasons. To declare that Illinois is in an “emergency state,” without attempting revenue restructuring, for instance, will no doubt ignite litigation and an examination of the ethical motivations of policymakers and whether they attempted to exhaust every alternative available to them for resolving the state’s financial debts before attempting to circumvent a constitutional contract. Consider HB 1447, HB 4513 and HJRCA 49.

“Budgetary relief is not a legitimate public purpose; for a severe financial crisis (Great Recession), courts [have been] split [on the issue]. Courts seem to be in consensus that the long-term fiscal health of a pension plan to assure receipt of future benefits is a legitimate public purpose…  If a pension benefit is diminished without ‘offsetting consideration or benefit to plan members,’ courts will typically find ‘substantial impairment’” (Pension Reform, Legal Principles and Consideration).  The plaintiff must prove the unconstitutionality of statute beyond a reasonable doubt. Once offered, historically and legally, promises that were made need to be kept.

“[It is true that] at the time of the 1970 Illinois Constitutional Convention, the State pension systems were no better funded than they are today. This circumstance, coupled with the fact that the legislature already had a poor track record of making its actuarially-required pension contributions, caused public employee groups to lobby Convention delegates to include the Pension Clause. These groups reasoned that constitutional protection was necessary because the Illinois General Assembly would renege on its pension obligations to public servants during a financial crisis. Convention delegates agreed and included the Pension Clause to foreclose that result” (Eric M. Madiar, Chief Legal Counsel to Illinois Senate President John Cullerton and Parliamentarian of the Illinois Senate).

Though the least protected are new employees, non-vested employees, active and vested employees, active/eligible to retire employees, and retired employees– in this order, in the State of Michigan, the ruling declared “the legislature cannot expect to balance the budget on the backs of state workers” (State of Michigan in the Supreme Court, August 2011). Another recent ruling, in Arizona, proclaimed “that a law changing the contribution that state employees make to their pension funds [was] unconstitutional” (Arizona pension law ruled unconstitutional, February 2012).

Whether any new piece of legislation is a diminishment of Article XIII, Section 5 of the Illinois Constitution, and is deemed “reasonable and necessary” in order to carry out a “legitimate public purpose,” will depend upon Illinois courts and their interpretations. “More moderate alternatives that do not violate a constitutional contract,” such as the ability to raise taxes [through revenue reform] or to cut services, must be considered initially, as well as whether a legitimate public purpose is “an exercise of police power for a broad societal issue v. benefits for a special interest” (Pension Reform, Legal Principles and Considerations).

Illinois revenue restructuring is advocated by the Center for Taxation and Budget Accountability, the Chicago Metropolitan Agency for Planning, the Institute on Taxation and Economic Policy, the Center on Budget and Policy Priorities, the National Council of State Legislatures, United for a Fair Economy, and other organizations. Revenue reform and enhancement is also promoted by the Economic Policy Institute, the Center for Policy and Economic Research, the National Association of State Retirement Administrators, and the National Institute on Retirement.

Why is the Illinois General Assembly not listening to the aforementioned organizations? Pension reform is propagandized by the Civic Committee of the Commercial Club of Chicago (Illinois Is Broke), the Civic Federation, the Chicago Tribune, the Illinois Policy Institute, Americans for Prosperity and their ilk.

Nevertheless, one might assume the government of Illinois would not want to prove that its promises are worthless, especially when the “most basic purposes of the impairment [of the contract] clause [Article XIII, Section 5] as well as notions of fairness that transcend the clause itself, point to a simple constitutional principle: government must keep its word” (Laurence H. Tribe, American Constitutional Law).


[Looking back now four years later, a better title would have been: A Discussion We Would Love to Have with the Illinois Supreme Court of the State of Illinois].