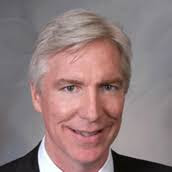 It is true many politicians do not concern themselves with the examination of evidence, the real causes of a state’s financial problems, and the best solutions for crucial issues. They are concerned about their party’s agenda, their reputation and re-election, and maintaining their power and influence in their communities. To accomplish this ruse, they like to use simplistic power-point slides at their town meetings that deliberately omit significant causal explanations for the state’s lack of revenue and pension debt that were the result of incompetent, irresponsible and corrupt politicians.

They like to cast the issue of teacher pensions, for instance, as an object of their bias to elicit mindless, hair-trigger responses from their supporters. They do not talk about how politicians have stolen public employees’ pension money over the decades to pay for the state’s needed services. They do not talk about the faulty back-loaded pension ramp that has increased the service debt to approximately twenty-five percent of the state’s budget.

Many politicians do not provide relevant and accurate scrutiny of the issues at town meetings because they prefer to use fallacious reasoning when alluding to their favorite scapegoat. They prefer to denigrate teachers’ pensions and cost-of living-adjustments instead through use of biased selected instances that falsely extrapolate a particular pension amount of one member to all group members.

Indeed, many politicians have no qualms about hurting the lives of people who are not responsible for the state’s lack of revenue and pension debt because most politicians do not view their own conduct from a standpoint of values and interests of those they hurt. They do not want to talk about legal and moral ways to increase the state’s revenue. “We must have pension reform first before we restructure revenue,” they tell us.

Undoubtedly, as we have witnessed, they prefer to isolate and offer up the middle-class for hardship and create a dispossession by way of intentionally-diminishing laws when they tell us they support Governor Bruce Rauner’s Turnaround Agenda: a plan that advocates violating the Illinois Constitution once again through pension reform, a plan that creates so-called “empowerment zones” to diminish collective bargaining rights under the guise of “giving local communities a voice,” a plan that will allow municipalities to file for bankruptcy, a plan that will prohibit only labor organizations from making contributions to campaigns of office holders and ban union agency and fair share fees, a plan that will cut unemployment compensation and benefits for injured workers, a plan that will take six and one-half years to reach a $10 minimum wage for millions of workers while perpetuating special exceptions and windfalls for wealthy benefactors.

Many politicians do not care about what is legally and morally right. They do not care about obligations to others – about the fair distribution of the tax burden; about constitutional guarantees; about demanding more for public employees, retirees, and union workers as they are willing to demand for themselves and their wealthy accomplices.

Unfortunately, this is the modus operandi of Michael Connelly and for many other politicians in Illinois.