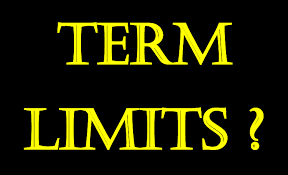 “…According to US News & World Report, ‘states that have restricted their legislators’ time in office have seen no clear benefits but rather some unexpected negative results. Voters were persuaded that term limits were desirable by several different arguments. One of the more compelling was that such limits would create a new breed of citizen legislators more reflective of the public’s will. In turn, this would weaken the grip that special interest lobbyists had on lawmaking.  In fact, the backgrounds of state legislators elected after term limits were imposed closely resemble the backgrounds of those elected before such restrictions.’

“‘They typically have previous political experience and are more educated and affluent than the voters who selected them. And while term limits have changed the way lobbyists do their business, they have actually increased their influence. The legislators elected after term limits were imposed often lack knowledge of the details of many complex policies and turn to lobbyists for information. These special interest groups actually report that they now work harder ‘educating’ less knowledgeable legislators’ (Term Limits Don’t Work).

“…So, who does win with term limits?  Governors, of course. ‘Still, almost everyone involved in the legislative process sees governors as big winners under term limits. In addition to their constitutional authority to sign and veto bills, governors in term-limited states control many top-level state jobs that legislators facing short stints will soon want. Whether it is a question of job ambitions, a shortage of information or sheer inexperience, the reality seems to be that legislators do a far less effective job of competing with governors for power once term limits take effect…’ (The Truth about Term Limits).

“Term limits?  Think of them as a constant and continual flushing of the system – good and bad.  A guaranteed loss of sense of history, responsibility and knowledge.  The favorite legislator of any one district is destined to discard his/her advocacy in short order.   Also, consider the increased veto power of a governor who faces an influx of novices or a constantly changing legislature.  Think about the ability of a wealthy plutocrat [like Rauner] who has installed himself in office to force new and inexperienced challengers in a few years to attempt running against his well-financed competitors.

“Starting to get the picture? Madigan is not my friend, nor is he the friend of anyone who has a pension or holds to the basics of contract law.  But he is not the single issue, as Rauner would have.   He is not the ‘Voldemort’ of the General Assembly.   Like many in the General Assembly, Madigan is a politician who has delivered for his constituents, has ignored the future fiscal responsibilities which we will all pay, and has displayed an uncanny and frightening sense of how to magnify his office as Speaker. But to place it all on him?  C'mon, Governor.  Many more, including your own party, have avoided the payments leading to our debt…”