Re: The Illinois Teachers Retirement System (by Bob Lyons) 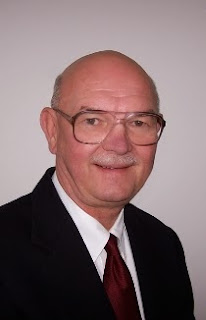 “I taught for thirty-two years and took advantage the last year the state offered the five plus five option to retire early. That was in June of 1994; this year, I will have been retired for twenty-seven years.

“In that period covering a year short of sixty years, I have never met anyone who claimed they went into teaching for the pension. While it was just something that happened at the end of our teaching, it has proved to be an outstanding benefit to cap a rewarding career. The only drawback is that our pension system was not drawn up with the aid of normal accounting standards and the help of an actuary.

“Instead, it was created by politicians and their time horizon was quite different compared to actuarial science. Instead of a goal to achieve full funding in the near future, the politicians from the start were only willing to provide sums small enough to allow them to take advantage of existing revenue for more ‘popular’ projects sure to gain votes.

“When told that insufficient spending would cost the state more money in the long run, the legislators basically showed they really only cared about the next election. Of course, the lack of money spent early has cost the state much more money later. Now the State of Illinois is painfully learning why credit card companies are so happy to accept only minimum payments from their card holders as the state now finds itself making payments to the fund in the billions to make up for ‘saving’ thousands of dollars earlier.

“Governor Pritzker’s FY 2022 budget announced last week calls for a total pension contribution from the general revenue fund of $9.4 billion, plus $1.1 billion from other state funds, and $264.8 million specifically earmarked for the Chicago Teachers’ Pension Fund. The state’s payment to TRS alone is $5,693,707,000. Moreover, in the governor’s budget is the full state contribution to TRIP and to our medical insurance of $143,369,000.

“This is significant because in his first two budgets Pritzker had zeroed out that contribution to make it appear that he was ‘saving money.’ Since the General Assembly put it back in when they passed the budget the last two years, the governor has simply accepted reality this year. The Chicago Teachers’ Pension Fund is separate from TRS and, as you may know, is paid for by the city of Chicago.

“At one time, CTPF was 100 percent funded. The city asked the state if they could skip payments and was given that permission. Between no new payments for a number of years, plus losing money in both the Dot com bust and the Great Recession of 2008, CTFP is now down to a funding of 47.4%. The city is now making its payments plus the state—and out of guilt I would think—also makes a contribution.

“I have given you this information before, but it is well worth repeating.

Where Does Your Pension Come From?

Contribution from State of Illinois 41.57%

“If we were fully funded, or anywhere close to it, the money from investments would be a much larger percentage and the other three sources would be much smaller. TRS makes money with our investments, but every year it is now required to sell funds that are making a profit in order to provide our pensions. TRS has, on average, made 7.7% annually for the last 30 years and 9.17% annually for the last 40 years.”