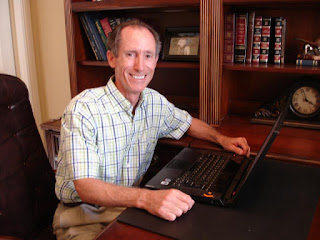 It is with deep sadness that we are informing you all that James Reimers Langlas has passed from this earth. It was 6:18 this morning when his heart stopped beating. It was peaceful. It was with his beloved son, daughter, and wife. He is in heaven, certainly a more beautiful place than this world. He will be guiding all of us still, just as he has done his entire life, only spiritually in a much broader sense. Goodnight sweet prince.

“Jim Langlas was an educator, Taekwondo master, and writer. Born in Waterloo, Iowa, in 1951, he began studying Taekwondo in his middle teens under the guidance of Jin Wook Choi. In 1973, Jim came under the guidance of Master Cha Kyo Han, who remained his teacher until Master Han's death in 1996. In 1974, Jim was a member of the U.S. Taekwondo Team and won a gold medal at the International Taekwondo Federation World Championships in Montreal. In 1980, he opened his own Taekwondo dojang.

“Jim received his B.A. in English and physical education from the University of St. Thomas, his Master of Arts in Teaching from Northwestern University, and his Ph.D. in English from Northern Illinois University. He taught English, instructed Taekwondo, and coached in Wheaton-Warrenville Community Unit School District in Illinois for 33 years, where he also served as English Department Chair. In 1996, he founded Pathways for Achievement, an organization aimed at helping teens succeed in school and life. In 2003, he founded and chaired Community Partners in Poetry to foster an interest in poetry among all ages. In 2005, he received the Studs Terkel Humanities Service Award from the State of Illinois. He served as co-president of the Universal Taekwondo Federation and taught at Florida SouthWestern State College. [Jim was a poet and the author of Heart of a Warrior: 7 Ancient Secrets to a Great Life].”

Waiting to Adopt a Child by James Langlas

You begin to think there is nothing left
for you.  The air neither comes nor goes
in the room upstairs, where the dust forms
tiny balls along the floorboards,
the fresh colors on the walls turn pale,
the new furniture begins to creak in the night.
Your wife knows beforehand what simple phrases
you will utter, how you will move through
the carpeted rooms of the house, looking
at your image reflected in the windows,
studying the sharp line of your nose,
talking aloud to yourself about heritage.

You have seen your neighbor’s trees bear fruit
even in the wrong seasons, and the soft rain
of evening dampens the earth wherever he walks:
to the garden, to the mailbox, toward the ball
and bat lying next to each other on the lawn.
Each time you turn on the post light, even the moths
fail to come.  The music you play in your car
floats out the windows before you hear it.

Memories do not lie.  Every image you own of childhood
becomes clearer at night.  When you reach over in bed
to comfort your wife, you see the descending hand
of your father, feel the way he stroked your hair
in the moments before you slept.  You hear your own
breathing against the pillow, the coming and going
of life, and try once more to repeat someone else’s
truth: Your loss may soon be your gain.

Another Birthday by James Langlas

Suddenly you’re holding such a thin rope.
Here you are, things going right,
the kids are safe, and some lousy flashback

or one look in a shadowy mirror,
and you wonder if there’s time
for something else, a chance

to find out if your shoes
really fit or if your car
will ever start again.

Maybe tomorrow you will find yourself
sitting in a corner, your knees
drawn up to your chin,

your elbows shaking stiffly, like leaves,
and all the lights will go out.
Or you will realize that flames

could end it all, and there will be
no way out the back door.
Who can say?

We’re getting there, both of us,
all of us, aren’t we, taking
those long walks now

but feeling as though we’ve
never left the yard, the muddy boots
by the door reminding us of where we’ve been?

And all of the forgetting, the disappearing
words of the sick people
in our dreams,

those who told us it would be like this,
the long finger of some distant uncle
pointing down the road.
For more poetry by James Langlas, click here:
https://teacherpoetmusicianglenbrown.blogspot.com/2018/08/a-selection-of-poetry-by-james-langlas.html