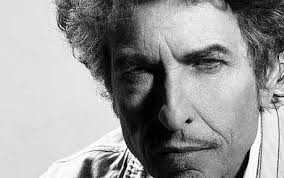 “The singer and songwriter Bob Dylan was awarded the Nobel Prize in Literature on Thursday for ‘having created new poetic expressions within the great American song tradition,’ in the words of the Swedish Academy.

“He is the first American to win since the novelist Toni Morrison, in 1993. The announcement, in Stockholm, came as something of a surprise. Although Mr. Dylan, 75, has been mentioned often as having an outside shot at the prize, his work does not fit into the literary canons of novels, poetry and short stories that the prize has traditionally recognized.

“‘Mr. Dylan’s work remains utterly lacking in conventionality, moral sleight of hand, pop pabulum or sops to his audience,’ the former Rolling Stones bass player Bill Wyman wrote in a 2013 Op-Ed essay in The New York Times arguing for Mr. Dylan to get the award. ‘His lyricism is exquisite; his concerns and subjects are demonstrably timeless; and few poets of any era have seen their work bear more influence.’

“‘Dylan has recorded a large number of albums revolving around topics like the social conditions of man, religion, politics and love,’ the Swedish Academy said in a biographical note accompanying the announcement. ‘The lyrics have continuously been published in new editions, under the title ‘Lyrics.’ As an artist, he is strikingly versatile; he has been active as painter, actor and scriptwriter.’

“The academy added: ‘Since the late 1980s, Bob Dylan has toured persistently, an undertaking called the ‘Never-Ending Tour.’ Dylan has the status of an icon. His influence on contemporary music is profound, and he is the object of a steady stream of secondary literature.’

“Mr. Dylan, whose original name is Robert Allen Zimmerman… The Nobel, one of the world’s most prestigious and financially generous awards, comes with a prize of 8 million Swedish kronor, or just over $900,000. The literature prize is given for a lifetime of writing rather than for a single work… Previous Nobel laureates in literature have included giants like Rudyard Kipling, William Faulkner, John Steinbeck and Gabriel García Márquez…”

You that never done nothin’, but build to destroy
You play with my world, like it’s your little toy
You put a gun in my hand, and you hide from my eyes
And you turn and run farther when the fast bullets fly

You fasten all the triggers, for the others to fire
Then you sit back and watch, while the death count gets higher
You hide in your mansion, while the young people’s blood
Flows out of their bodies and is buried in the mud

You’ve thrown the worst fear that can ever be hurled
Afraid to bring children, into the world
For threatenin’ my baby, unborn and unnamed,
You ain’t worth the blood that runs in your veins

How much do I know, to talk out of turn
You might say that I’m young; you might say I’m unlearned
But there’s one thing I know, though I’m younger than you
Even Jesus would never forgive what you do

Let me ask you one question: is your money that good
Will it buy you forgiveness; do you think that it could
I think you will find, when your death takes its toll
All the money you made will never buy back your soul

And I hope that you die, and your death will come soon
I’ll follow your casket, on a pale afternoon
And I’ll watch while you’re lowered, down to your deathbed
And I’ll stand over your grave ‘til I’m sure that you’re dead

Come gather ‘round people, where ever you roam
And admit that the waters around you have grown
Accept it that soon you’ll be drenched to the bone
If your time to you is worth savin’
Then you better start swimmin’ or you’ll sink like a stone
For the times they are a-changin’

Come writers and critics who prophesy with their pens
And keep your eyes wide; the chance won’t come again
And don’t speak too soon, for the wheel’s still in spin
And there’s no tellin’ who that it’s namin’
And the loser now will be later to win
For the times they are a-changin’

Come senators and congressmen please heed the call
Don’t stand in the doorways; don’t block up the hall
For he who gets hurt will be he who has stalled
There’s a battle outside and it’s ragin’
It’ll soon shake your windows and rattle your walls
For the times they are a-changin’

Email ThisBlogThis!Share to TwitterShare to FacebookShare to Pinterest
Labels: Dylan