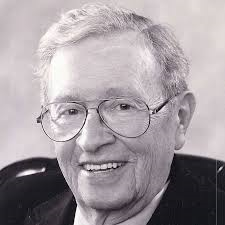 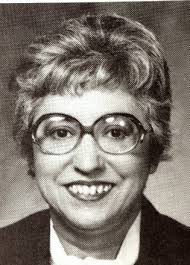 Membership in any pension or retirement system of the State, any unit of local government or school district, or any agency or instrumentality thereof, shall be an enforceable contractual relationship, the benefits of which shall not be diminished or impaired.

“Delegates [Henry] Green and [Helen] Kinney jointly presented the amendment to the [1970] Convention for consideration on July 21, 1970” (Eric Madiar, Is Welching on Public Pension Promises an Option for Illinois? An Analysis of Article XIII, Section 5 of Illinois Constitution, 48 J. Marshall L. Rev. 167 (2014) 192).

“…Concluding Observations Based on the Clause’s Text and Historical Background:

“First, prior to the Clause’s adoption, nearly all public employees were members of mandatory pension plans that lacked constitutional protection as ‘contractual’ rights and could be adversely changed by the legislature at any time. These mandatory plans were also underfunded and no better funded than the State’s five pension systems today.

“Second, public employees believed constitutional protection was necessary because the State had historically failed to make its required contributions, and because employees believed that the State would renege on its obligations should a fiscal crisis arise. Police and firemen were particularly concerned that municipalities would use their new ‘home rule’ powers to abandon their local pension systems. Accordingly, employee groups advocated for a constitutional provision that would not only protect pension benefit rights, but also require the full funding of the pension system.

“Third, the drafters of the Clause were aware of the concerns raised and requests made by public employee groups, the State’s failure to properly fund the pension system, and the difference in legal protection afforded to persons participating in a mandatory and optional pension plan. These concerns, in turn, prompted the drafters to include the Clause in the new Constitution.

“Fourth, the drafters intended for the Clause to (1) protect pension benefit rights in all pension plans as ‘enforceable contractual rights’ as of when a public employee became a member of a pension system, and (2) bar the legislature from later unilaterally reducing these rights. In particular, the legislature could not require an employee to contribute a greater percentage of his or her salary to receive the same benefit, require him or her to work more years to receive the same benefit, or pay the employee a lower pension amount or unilaterally reduce his or her benefit rights.

“Fifth, while the drafters did not intend for the Clause to require the funding of the pension system at any particular funding percentage, they nonetheless intended to require that pension benefit payments be paid when those payments became due, even if a pension system were to default or be on the verge of default. Indeed, the drafters contemplated that a participant could enforce his or her right to benefit payments in court through a group action to compel payment.

“Sixth, the drafters based the Clause on an identical provision in the New York Constitution, and included the Clause, in part, to foreclose the circumstance that occurred in New Jersey Supreme Court’s decision in Spina where the court upheld a unilateral reduction in pension benefits to retain the pension system.

“Seventh, the drafters were aware of the concerns raised by the Pension Laws Commission that the Clause’s plain language barred the legislature from making unilateral adverse changes pension benefits. And, they rejected the Commission’s efforts to alter the Clause and permit the General Assembly to unilaterally impose adverse changes to employee contribution rates, service conditions or other benefit terms.

“Eighth, voters ratified the Clause based on the premise that the provision protected public pension benefit rights from reductions and that public employees were granted a constitutional right to their ‘full pension benefits.’

“Finally, a plain language reading of the Pension Clause’s text makes clear that governmental entities may not unilaterally reduce or eliminate a public employee’s pension payments and other membership entitlements once the employee becomes a pension system member. At the same time, the plain language also indicates that an employee’s pension payments and other membership entitlements are ‘contractual’ in nature that may be presumably altered through mutual assent via contract principles. Further, the Clause’s prohibitory language against the diminishment or impairment of pension benefits is cast in absolute terms and lacks any exceptions. As the Convention’s official text and explanation put it, the Clause is ‘self-explanatory...’” (209-10).

“[T]he rule of law is clear. The Pension Clause not only makes a public employee’s participation in a pension system an enforceable contractual relationship at the time an employee joins a pension system, but also insulates from diminishment or impairment by the General Assembly all ‘benefits’ found in the Pension Code or in other state statutes that are conditioned on a person’s membership in one of the State’s various public pension systems, including subsidized health care.

“The Clause’s protection also extends to employee contribution rates and any benefit increases added during an employee’s term of service. Further, the Clause bars the General Assembly from adversely changing the benefit rights of current employees and retirees via unilateral action. And, the Clause ensures that pensions will be paid even if a pension system defaults or is on the verge of default. The Clause’s plain language, the framers’ original intent, and voters’ understanding of the provision, as well as court decisions interpreting the Clause, show these conclusions to be correct…

“While welching on its pension obligations is not an option for Illinois, legitimate contract principles provide a solution to mitigate this crisis. The Pension Clause will become a ‘suicide pact’ only if individual citizens are purely self-interested and admit no obligation to the common good and pay public employees what they are constitutionally entitled to receive.738 By adopting the Clause, the drafters and voters weighed, measured, and found wanting the current claim that it is unfair or impossible for the State to pay its pension obligations.739 Public employees have paid their required fair share of pension costs; it is incumbent on the State to meet its end of the bargain” (303-304).


[T]oday, with the state facing severe budgetary constraints, some are arguing that these pension obligations be discounted or ignored. That approach, however, is simply not legally or morally tenable. For the state to consider balancing its books by denying promises made to generations of public services—a pledge memorialized in the state constitution—would be an injustice.

Id.
739. See 5 PROCEEDINGS, supra note 143, at 4516 (Del. Borek) (opposing the Clause, Del. Borek stated, “I regret that I must vote no [on the Pension Clause]. I objected very much to section 5 [i.e., the Clause], since I represent six out of seven people who are not mentioned as a guarantee in the constitution with their pension system.”); 4 PROCEEDINGS, supra note 53, at 2928 (Del. Borek) (stating “let’s look at it [i.e., the Clause] this way: We’re told on this floor that one out of every seven people are [sic] public employees. By this amendment we are doing special legislation protecting one out of seven. What happens to the six out of seven that do not get this constitutional guarantee? They’ve got to be resentful and vote against this.”). Despite Del. Borek’s statements in opposition, Convention delegates adopted the Clause by a vote of 57–36–6 on July 21, 1970, and again by a vote of 99–3–2 on August 31, 1970. 4 PROCEEDINGS, supra note 53, at 2933; 5 PROCEEDINGS, supra note 143, at 4516.

There is no doubt that Eric Madiar's brilliant, thorough research and analyses from the past few years significantly helped the Coalition's lawyers and the Illinois Supreme Court justices articulate their legal and moral arguments that upheld Article XIII, Section 5 of the Illinois Constitution. Thank you sincerely, Eric Madiar! 
To challenge the Pension Protection Clause is to defy common understanding of its legal and moral principles and to believe that every word in the State and U.S. Constitutions might also be interpreted in an infinite, fabricated regression.

There is nothing transcendental or metaphysical about these 26 words: “Membership in any pension or retirement system of the State… shall be an enforceable contractual relationship, the benefits of which shall not be diminished or impaired” (Constitution of the State of Illinois, Article XIII, Section 5. Pension and Retirement Rights).

It does not require intuitive or a priori thinking to justify or verify this claim because we have learned the English language and the rules governing its use. We know what these words mean in relation to written, verbal, historical and cultural contexts.

Lexical definitions, denotations and connotations of the words “diminishment” and “impairment” are unequivocal. It is not necessary to break down these words into simple constituent parts unless, of course, we simply misunderstand them because of stupidity, carelessness, intentionality or maliciousness. The plain words of the Pension Protection Clause are intelligible.

We cannot mistake the meaning of words such as “shall be an enforceable contractual relationship, the benefits of which shall not be diminished or impaired” because we understand and speak the English language. If words in our State Constitution are to refer or mean anything, they must be commonly understood and accepted as they have been for decades. Moreover, if words are to refer to anything, they must also be understood through their use, role, employment and past agreements.

We have before us “the validity of decades of judicial precedents” that provide “the binding nature of legislation establishing pension commitments to government employees” (Defending and Protecting Public Employees’ Pensions against the Legislative Siege).

If there is anything else we might examine regarding the Pension Protection Clause and its relationship to a reality that reveals repeated attempts by the wealthy elite, their politicians and the media to steal constitutionally-guaranteed pension benefit rights, perhaps we should also dispute the relentless attacks on the very intelligibility of the English language by these liars and thieves. We know the Pension Protection Clause is valid because it is understood to be a contractual right and guarantee that public employees have earned.

Though incompetent, corrupt politicians and their wealthy benefactors continue to ignore legal and moral terminologies and court precedents, logical and ethical people understand the essential history and necessity of the Pension Protection Clause and know what it also means to uphold the State and U.S. Constitutions.
-Glen Brown