Illinois or Shall We Call It Plutocraticstan? 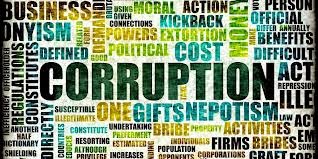 One of John Stuart Mill’s concerns in “Essay on Liberty,” over 150 years ago, was the potential tyranny of the majority to suppress the minority.  Had he lived today, he would have written a treatise on the absolutism of the wealthy and powerful minority and their parasitic lobbyists (who choose what our legislators often consider for policy and proposed laws) instead.

These individuals, through political despotism, legalize coercion and self-proclaimed infallibility. They also steal the guaranteed liberties and rights from the rest of us. It is the members of the state’s plutocracy that decide significant issues for just about everyone else.

Mill erred in his belief that democracy could count on “learned and dedicated men” to guide its development.  He did not take into account the fallibility of some legislators -- especially their stupidity and greed -- and the selfish interests of those who procure them.


Such is the case today in the State of Illinois where the government is held hostage by affluent and influential “special interests” (to protect the riches of the state’s wealthy ruling class); where both the republican and democratic parties (the “Money Party”) are one side of the same tarnished coin corrupted by bribery (campaign funding) made legal; and by the Civic Committee of the Commercial Club of Chicago, in particular, that can manipulate the state’s politicians without consequences, set the legislative agenda, and hoodwink and oppress an oblivious populace through its obverse website called Illinois Is Broke.
What is the relationship between dishonest politics and corrupt partnerships?  A substantial amount of campaign money affects the ability and the will of our state legislators to make ethical decisions; it is money that motivated legislators to believe “pension reform,” for instance, [was] a road to navigate for reducing the state’s future budget deficit.

In an attempt to pass a so-called “pension reform” bill, legislators and profit seekers who support it do not consider the effects that breaking a constitutional contract will have on the lives of teachers and other public employees.  The fact that these legislators do not read the bills they may or may not vote for is an embarrassing and dangerous injustice, no matter how “busy” they may be planning their continuous campaign funding.  (A caveat for teachers and other public employees is to read any pension reform bill. We can be sure that most of the legislators who might vote for a pension reform bill will not have read or examined its ramifications for others).
How can we trust legislators who support policies and laws that are initiated by the plutocrats’ contributing lobbyists?  Who benefits the most from political connections and subsidizing?
What does an insider's fund raising accomplish besides maintaining the status quo of unregulated cupidity and irresponsibility of our legislators?  It creates a polarization between the rich and the rest of us; it protracts policy-making for “special-interests” patrons, such as members of the Civic Committee and Civic Federation, where donations create obligations, allegiances and reciprocity.  All of which diverts an elected legislator’s essential commitment and concentration to honestly represent his or her constituents.
Plutocratic lobbyists are no longer subtle about their tactics, about the contaminating financial dependency they instigate with legislators, and about their continuing influences upon policies and bills that are passed in Illinois (and in other states across this country).

If we asked our legislators whether their decisions were independent of their highly-addictive campaign funding, what would they say?  Would they say their financial support does not affect the issues and the issues’ outcomes they consider for the rest of us?

That it does not affect their votes on policy and bills or the tax benefits they will grant to the state’s wealthiest corporations? That exorbitant campaign funding does not distract them from their elected purpose and their oath of office to represent the electorate?  That injustices perpetrated by the influential self-interests of biased brokers with their moneyed-access of power granted to them do not exist; that the “special interests” of Political Action Committees (sponsored by Tyrone Fahner of the Civic Committee) also mean “bankrolling candidates who are willing to cross labor unions and vote to reduce pension benefits and/or require workers to pay more for them”?
What are we going to do about a “rigged system” where the Civic Committee's “We Mean Business” signifies destroying public pension systems; where “shared sacrifice” exempts the wealthy from their so-called proposed “reforms” and eliminates the taxation for their corporations; where their money precludes changes to a corrupt political system; where the rising inequalities that continue to exist in Illinois are funded by these powerful and wealthy interests’ groups; where the legislators’ self-serving flat-tax rate (that they refuse to transform!) proffers unequal opportunities and quantifiable payoffs for our state’s largest corporations and their executives and, thus, ensures benefaction for the re-election campaigns of Illinois politicians?

So what are we going to do about their plutocratic self-perpetuating greed, their influence on our state’s elections and the legalized damage done to a slowly dying democracy?  What should we say about the fact that unions are also "special interest" groups (with their own lobbyists) who have to compete like greedy jockeys on a filthy "fixed" race track that is impossible to win because the legislative game is always rigged by the highest bidder? What are we also going to do about our indifference and acquiescence that sustain a politically-bankrupt state of affairs?

How about telling the state's legislative leaders and the governor what you think of their thievery and lies and what you will do in order to stop the attacks on public employees' and retirees' rights and benefits!