Postscript to an Elegy 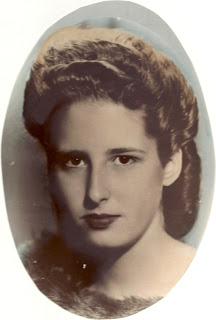 A Small Plot in the Short Story of Our Lives

We went to her home to celebrate
her sixty-fourth.
My father made dinner,
and when my sister arrived
we sang Happy Birthday.

We looked for signs,
without knowing what to look for.
We ate her favorite cake, pineapple cheese,
disguised with whipped cream.
She opened gifts,
and my sister’s youngest son
brought a bright burst
of red-and-white carnations
in a small blue vase,
delicate as our hope.

I read a few poems
about Elizabeth and Race Street,
a small plot in the short story of our lives,
and we believed that we once lived recklessly
but in a more sensible time,
that sorrow will belong to all of us
at the end of our lives.

She was wearing her new wig,
and I thought about her
lying on the gurney, the long tube in her nose
that filled her lungs with water,
and how they rinsed her kidneys for four hours
before they dripped Cisplatin and Vinblastine
through a needle in her vein,
slowly as an hourglass.

She did not want to tell us
about her headaches and nausea,
that her arms bruised easily as peaches,
and how her fingertips tingled.

But we asked her,
and we trespassed on her life,
not knowing that the denouement
lay just beyond her next birthday
on which nothing else would be written.

Hope slammed its door
behind my mother’s right ear
where tumors grew like broadleaf weeds.
Her hands, even more frail now,
trembled from a fractured life.

These were hands that once pulled a die
from a child’s nose,
pushed slivers out of his fingers
with straight pins,
and soothed fevers and bad dreams.

Betrayal turned her hands to a light-blue thinness—
unable to do the things required of the living.
Black branches spread across her lungs
and welded to her cerebellum. Her faced distended.
Her mouth erupted with tiny sores.
Her eyes held the tell-tale sign
while she lay silently staring
at the discord of medicine bottles,
impassive icons, and votive candles
on her bedroom dresser.

Hanging in the Balance

My mother,
her head sinking into pillows,
cursed squirrels—their high-wire acts,
these other lives hanging in the balance,
crossing telephone cable
high above her bedroom window.
For days, they made her flash accents of life.
“They keep me awake all day long,
running on the roof,” she’d say.

My father—
his old legs wobbling on rungs,
the cage held tightly in one hand,
the trip wire set and smeared with peanut butter—
trapped squirrels off the pitched roof.
“I caught eleven and one robin,” he said.
“I brought them to the cemetery and let them go.”

The robin remained,
its bold breast blazing through the bony tree.
My father and I listened for gray squirrels.
“They’ll never come back,” I said.

And the World Kept on Living

It was as easy as withholding food and water
from someone whose world had turned
in to migraines and morphine.

So why do I have to know
if she floated above me like some magical act
while the vinyl bag zipped closed
over her swollen face,
and if death is more than what it is?

Why do I have to know
whether her prayers helped,
and if her long suffering
and Catholic indulgences
paid dividends like mutual funds,
and whether dreamless sleep
is just a short rehearsal
for the only afterlife we will never know?

And why do I have to know
the endings to unfinished stories,
and if all her collections
were meaningful to her
at the end of her life
like the passive, religious figurines
that had nothing but cheap plaster for souls?

The day she died, billions of white crystals
buried her home
in a cold fusion of free-falling light,
and the world kept on living.

Wishing for No Afterlife

It hardly matters
that someone can come to believe
in nothing.
Watching my mother die,
I understand the illusions we devise
to cope with our suffering.